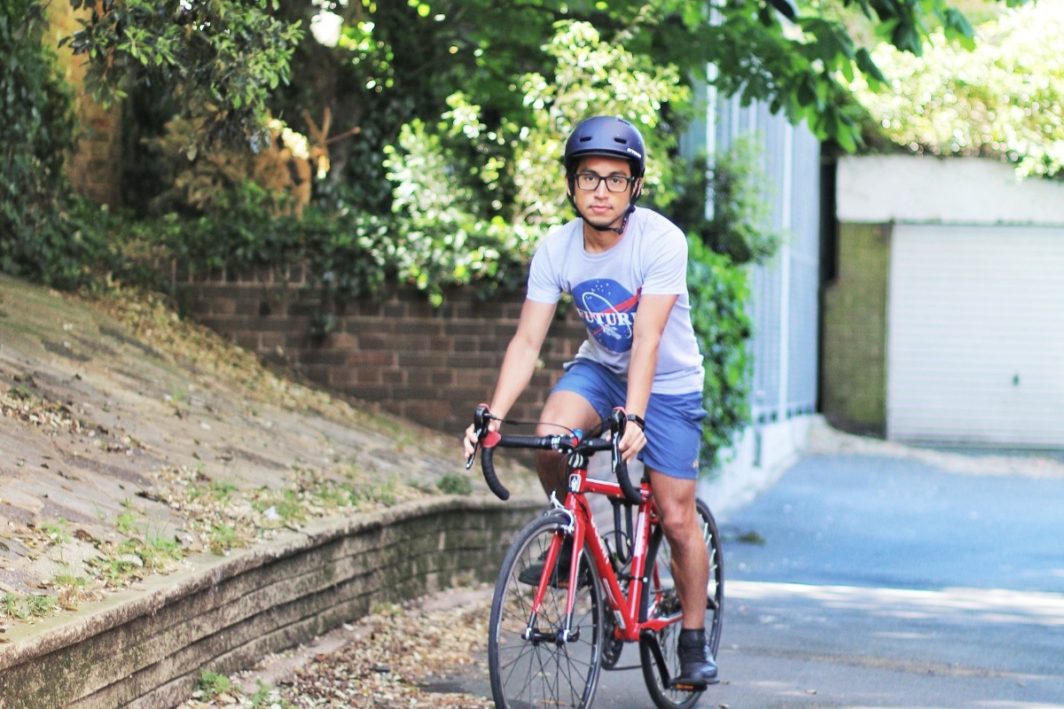 A member of the South London Liberal Synagogue (SLLS) is cycling to every Liberal Judaism synagogue in Greater London over this week – in order to raise money to improve the SLLS building.

Diego Giraldo Casas is taking on the challenge in order both to keep fit in lockdown and fundraise to renew the fabric of the Edwardian building and make it more accessible.

Diego, a data scientist who came to the UK from Peru, has been at SLLS for two years, during which time he has overhauled the community’s website and enabled the transition to online services during the current period.

His idea to bike to the dozen or so synagogues came after he used his time during the first part of lockdown to cycle to each one of the 14 professional football clubs in the London metropolitan area, covering 345 miles.

Each day he will ride to two or three synagogues and back from his home in Streatham. His first stop, fittingly, was the Liberal Jewish Synagogue in St. John’s Wood, followed by West Central Liberal Synagogue – the two oldest synagogues in the Liberal movement. His third trip will be to SLLS itself and then onto communities in Elstree, Essex, Ealing and elsewhere.

South London’s Rabbi Nathan Godleman said: “Diego has thrown himself into the life of the community over the last two years and is a great person to have around. Six days he will ride, and on the seventh day he will rest! B’hatslacha!”

You can sponsor Diego and read his daily blog by clicking here.