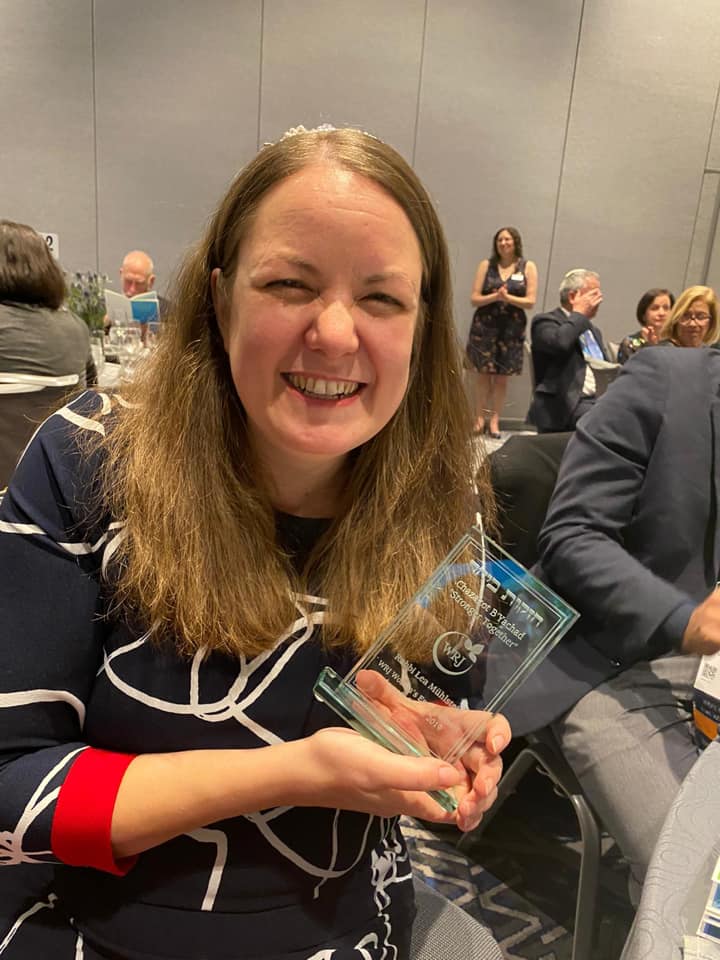 The event took place during the Biennial of the Union for Reform Judaism – Liberal Judaism’s American sister movement – and recognised the outstanding work being done to lift up the voices and lives of women.

Lea received an award alongside 15 other incredible Reform Jewish women from around the world. She was the only UK-based recipient and honoured for her work both at NPLS and as chair of ARZENU, the umbrella organisation of Reform and Progressive Religious Zionists.

The judges said: “Lea walks the walk of empowering everyone around her both in her day-to-day work as a congregational rabbi and in her lay capacity as chair of ARZENU. She serves as a role model and example to those she mentors and her peers in leadership positions, constantly encouraging those around her to intentionally include more female voices.”

Founded in 1913, WRJ strengthens the voice of women worldwide and empowers them to create caring communities, nurture congregations, cultivate personal and spiritual growth and advocate for Progressive Jewish values.

Lea said: “It is one of the great privileges of my role that I am able to elevate women’s voices and empower women. It is still so easy to default to selecting men to quote or appoint to roles. Unless we demand of ourselves, and others, to look more broadly then women are easily missed out. I am deeply honoured to be recognised by the WRJ for my contribution to changing this culture.

“WRJ is a wonderful organisation, which strengthens the voice of women worldwide and empowers them to create caring communities, nurture congregations, cultivate personal and spiritual growth, and advocate for and promote progressive Jewish values. Their philanthropy has provided financial support for the training of dozens of rabbis across Europe and the FSU – strengthening Progressive Jewish life.”