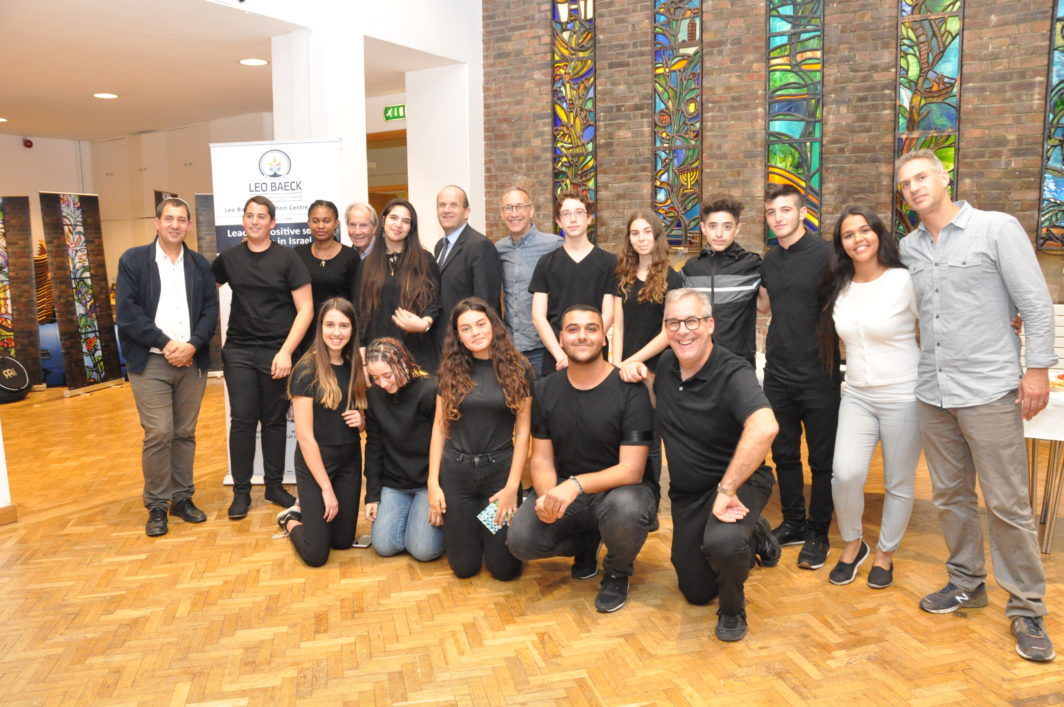 The concert was held at Alyth Synagogue in North London – a fitting venue as the late Rabbi Dr Leo Baeck was the shul’s president from 1948 until 1956.

Alyth’s Rabbi Mark Goldsmith spoke of this shared connection and how both institutions have been able to ensure his memory connects them to this day. He said, “Leo Baeck was a pioneer in building relationships between different faith groups in pre-war Germany. He would surely have been proud to know that the school which bears his name is a pioneer in the same work in Israel and is also connected to the synagogue which he made his home community in London.”

The Leo Baeck Education Center, located in Haifa, is a beacon for Jewish values and an important part of the peace-building process. With nearly 2,700 students, a community centre, sports facilities and vibrant Progressive synagogue, the egalitarian Center serves more than 35,000 people of all faiths and personal identities. Both Hebrew and Arabic are spoken across its campuses.

The Peace Drums Youth Band consists of 12 young people from the Leo Baeck High School and the nearby Mar Elias High School, located in the Arab village of Ibillin. The band was the branchild of interfaith leaders in Delaware brought to life by a professional percussionist, Harvey Price, as a way to truly invest in lasting peace in the Middle East. Harvey introduced and even on occasion joined the group at the Alyth concert.

Rabbi Ofek Meir, the director of the Leo Baeck Education Centre, and Rabbi Aaron Goldstein, the chair of the UK Friends of Leo Baeck Haifa, also spoke at the event.

Aaron, who is also chair of the Liberal Conference of Rabbis and Cantors, said: “All ages were up and dancing all throughout the performance and the only complaint I heard was from someone whose face hurt form smiling all night.

“The Leo Baeck Education Center is a clear illustration of what Israeli society can look like. If you ever lack hope, it provides such an injection.

“This concert was an incredible and very fitting way to celebrate 80 years of such a vital institution and I hope it will encourage people to visit Haifa and see this living investment in peace for themselves.”