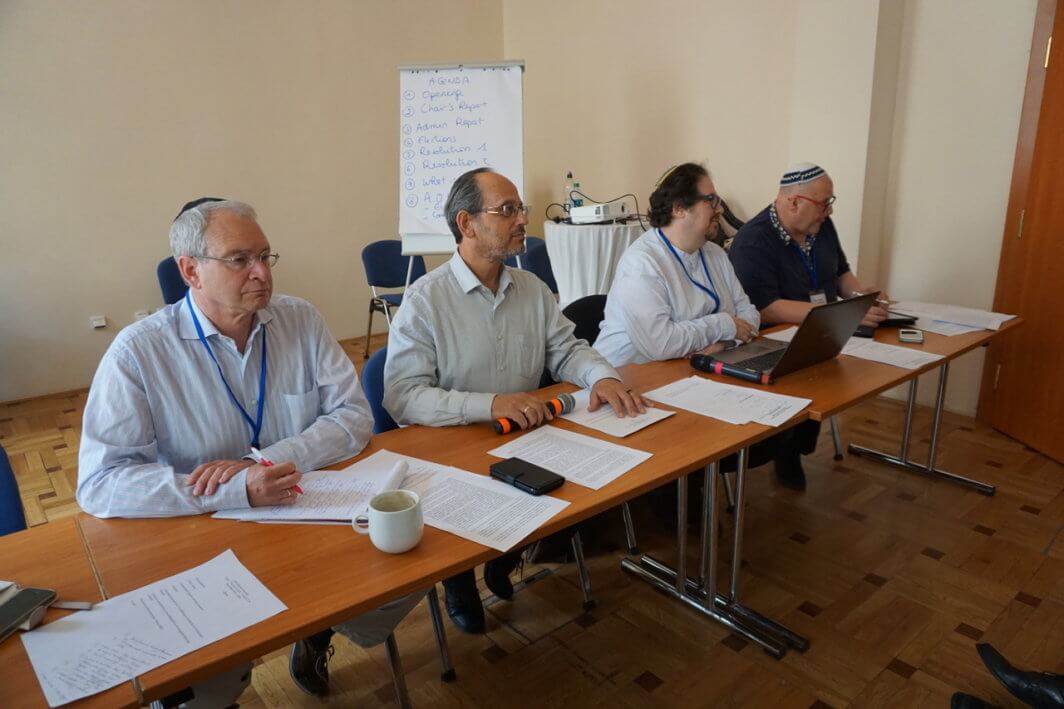 René, a French-born rabbi who serves Kingston Liberal Synagogue, was voted into the position when more than 40 ministers from across the continent came together for the annual ERA Kallah (rabbinic gathering) in Prague.

Created two years ago, during the European Union for Progressive Judaism (EUPJ) Conference in London, the ERA includes all Progressive European rabbis. Europe is understood in its large sense, from the Ural Mountains to the Atlantic Ocean.

The ERA works alongside the national assemblies for each EUPJ member, including the Conference of Liberal Rabbis and Cantors.

It has four missions: to express the Jewish Progressive voice in Europe; to promote exchanges between rabbis; to offer a space where rabbis can share their views and cooperate; and to support the work of the European Beit Din in countries where no national Progressive Beit Din is yet established.

René is joined on the ERA board by Rabbi Menno Ten Brink from Amsterdam (secretary), Rabbi Marc Neiger from Brussels (treasurer), Rabbis Colin Eimer and Jackie Tabick from England, Rabbi Pauline Bebe from France, Rabbi Ruven Bar-Ephraim from Switzerland and Rabbi Ira Goldberg from the EUPJ office in Brussels, Belgium.

[Pictured: René (right) with his fellow board members at the ERA Kallah]