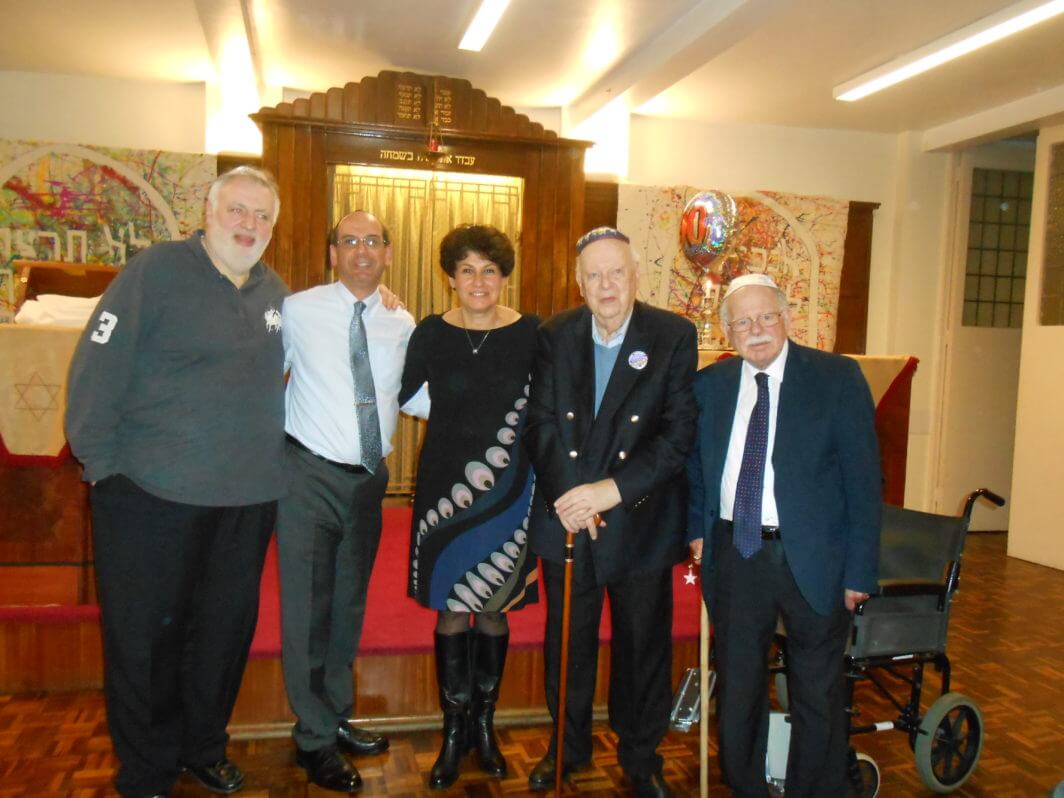 Harry delivered a personal address to Peter, who was later presented with a birthday cake made by ELELS joint vice chair Alice Wilcock.

Peter spent more than half a century serving Woodford Liberal Synagogue, which united with Bet Tikvah to form ELELS in January. Along with his late wife Betty, he was honoured for this incredible work with a Liberal Judaism Chair’s Award in 2016.