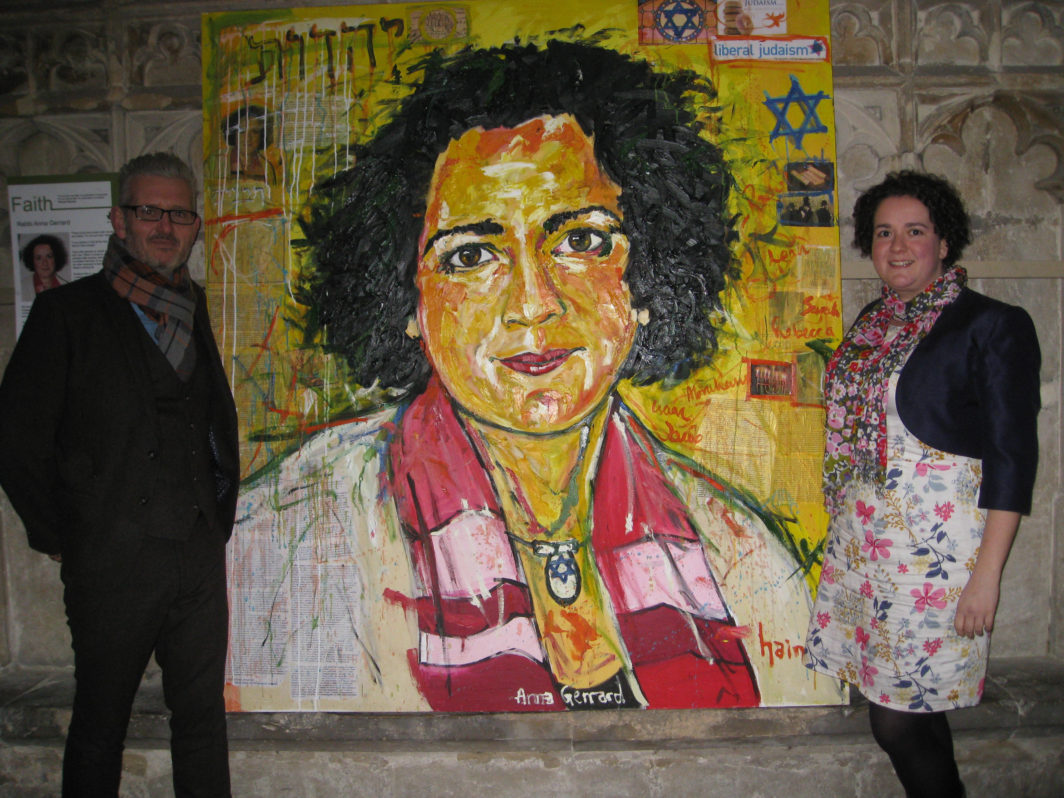 A painting of Liberal Judaism’s Rabbi Anna Gerrard will hang in Gloucester Cathedral throughout January and February, as part of an exhibition entitled ‘Faith’.

Artist Russell Haines (pictured with Anna and her portrait) has spent the last 18 months producing 37 large portraits for the exhibition, which launched this weekend. Each subject portrays an individual from a different religion, faith or belief system and includes Zoroastrians, Druids, Witches, Pagans and Baha’i as well as those from more established religions including Judaism, Christianity, Islam, Hinduism and Buddhism.

Russell, who is an atheist, said: “This whole project has made me much more tolerant of people from all kinds of beliefs. Hearing their stories, as I painted them, means I have come to know them as people. It is in the telling of, and listening to, those stories that we can find our common ground.”

Anna, who is rabbi at Gloucestershire Liberal Jewish Community (GLJC), said: “It was beautiful to see so many different expressions of faith at the launch – from Buddhist chanting and Pagan rock to the GLJC Klezmer band and a fire eating vicar – and I know the exhibition will be a big success.”

The free exhibition will run at Gloucester Cathedral until Sunday 26 February. It will move on to the Christian Arts Festival in Cheltenham and then onto Gloucester College, where it will be used as an educational tool before finishing its run at a London venue. Portraits are available to purchase.