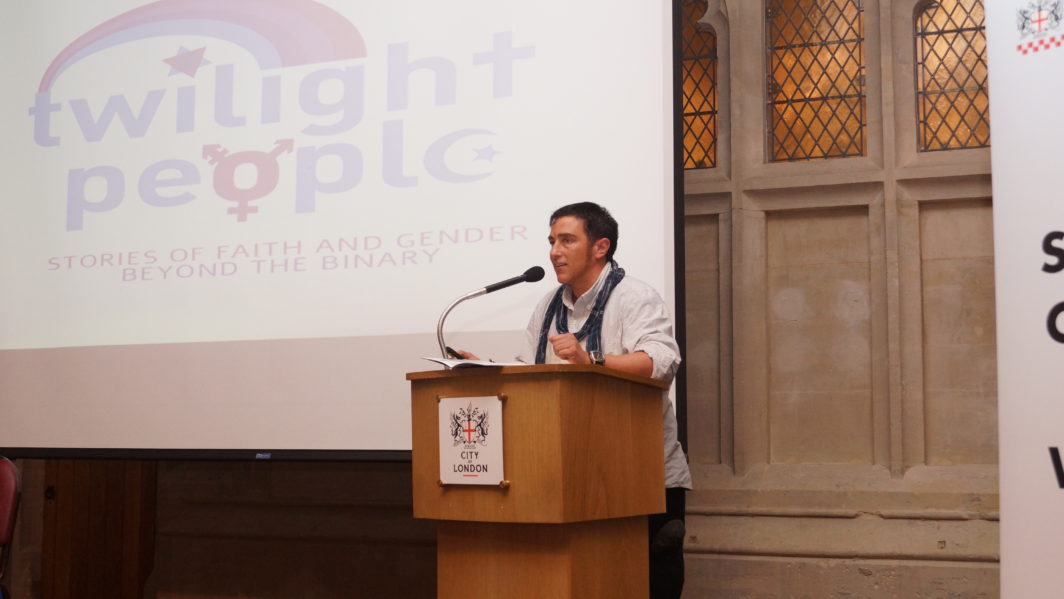 Police attending the conference were also able to view the ground-breaking Twilight People: Stories of Gender and Faith Beyond the Binary exhibition, which Surat-Shaan founded and project manages.

Thanks to generous support from the City Police, this Twilight People Pop Up touring exhibition #TPpopup was launched at the Guildhall vaults as part of the Conference.

Event organiser CP Neil McMillan said: “It was a fantastic experience for the police to engage with Surat-Shaan and other representatives from Twilight People, who spoke of their experiences of faith and being transgender and gender-nonconforming.”

Twilight People is supported by the National Lottery through the Lottery Heritage Fund and hosted by Liberal Judaism.

Surat-Shaan was also part of a panel on LGBTQI+ and faith issues at New Scotland Yard in June, alongside speakers including Commander Mak Chishty – the Metropolitan Police lead for community engagement.

On July 28, he will speak at the Herts Lesbian and Gay Liaison Officer and LGBT Engagement Conference. Surat-Shaan will take part in a ‘Question Time Panel’ and talk about issues around policing that were identified as a result of stories collected by Twilight People.