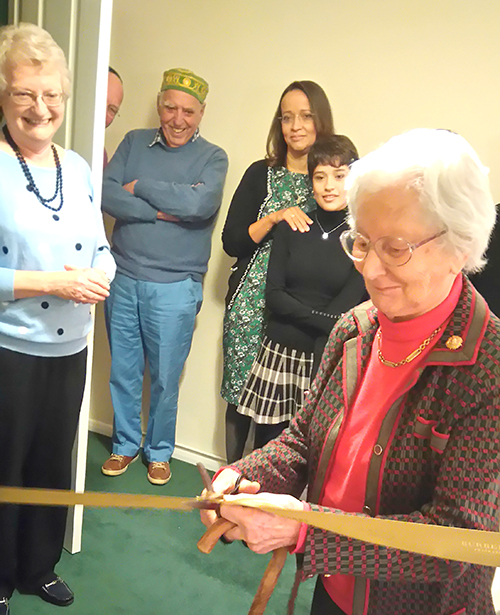 Members of Peterborough Liberal Jewish Community (PLJC) have set-up a library, allowing the congregation to borrow books on topics of interest.

Secretary Janet Berkman, and her husband Graham, hosted a special Erev Shabbat during Jewish Book Week to launch the scheme.

Members packed into Janet’s study, which hosts the library and where a traditional ribbon-cutting ceremony took place. The ribbon was held by PLJC president Dennis Guttmann and chair Chrissie Hassall, with the honours conducted by the community’s very own published poet, Lotte Kramer.

The library was made possible by generous donations of books from members. All in the community have access to the catalogue, and can borrow books as they wish. Janet has offered refreshments to anyone who visits in person to browse the collection.