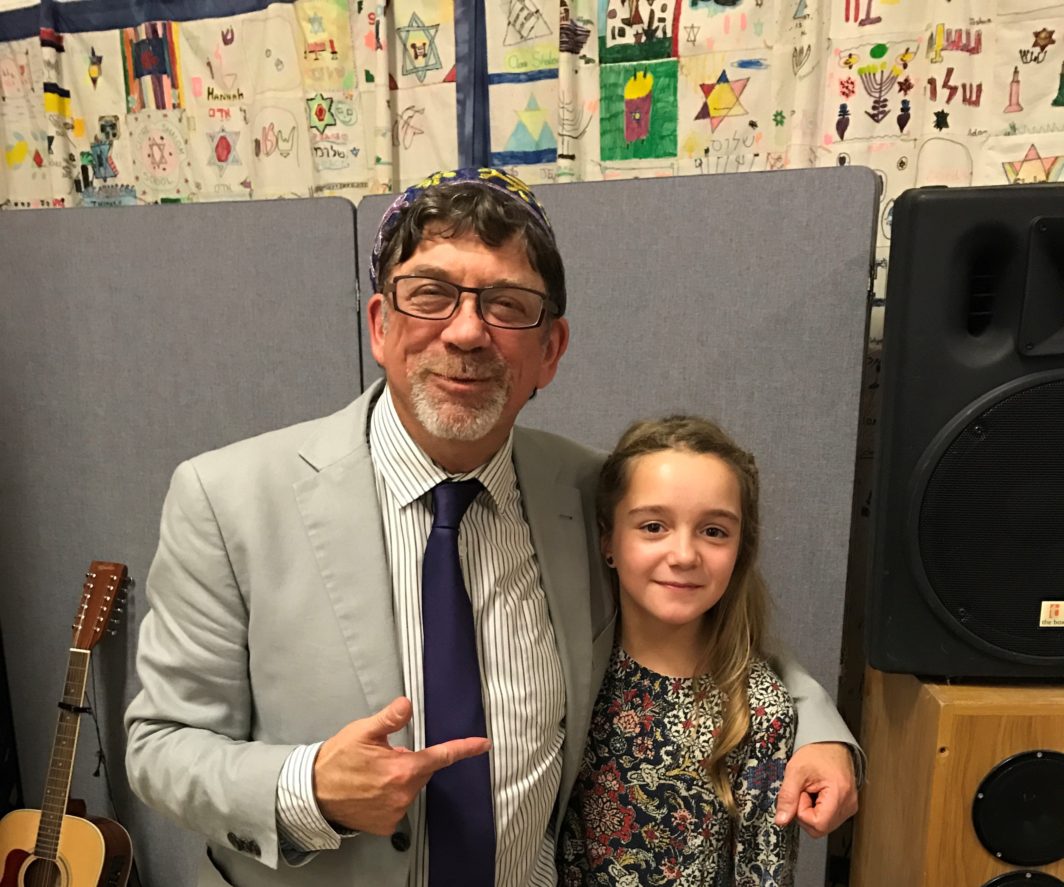 When The Liberal Synagogue Elstree’s regular shofar blower was unavailable, Rabbi Pete Tobias asked: “Is there a blower in the house? Everyone shook their heads and I thought we were in trouble.”

But 10-year-old Tia Boulton stepped into the breach, having been volunteered by the husband of a TLSE committee member who knew of her shofar skills.

A French horn player in the National Children’s Orchestra, Tia had badgered her parents to bring back a shofar from their Israel holiday last year.

“She basically taught herself with a little help from YouTube and some pointers from a kind rabbi,” her mother, Ruth, explained.

Although keen to answer the shul’s SOS, she was “very nervous as she didn’t know if she would be good enough. The committee at TLSE also had its reservations.”

But all went well and “there were lots of comments along the lines of how special it was to see the tradition of blowing the shofar carried out by the next generation”.

Rabbi Tobias added: “I couldn’t believe a 10-year-old would be able to do something the rest of us couldn’t. But she was incredible and every blast was perfect.”

Tia said afterwards: “I felt very honoured to do such an important thing. On Rosh Hashanah I was shaking quite a lot. I didn’t know if I would be able to get a sound out I was so nervous.

“But Rabbi Pete gave me a big smile just before the first tekiah, which helped.” So did her French horn training – “I can even play the garden hose.”

Now Tia hopes the shul will allow her to blow the shofar on future festivals.