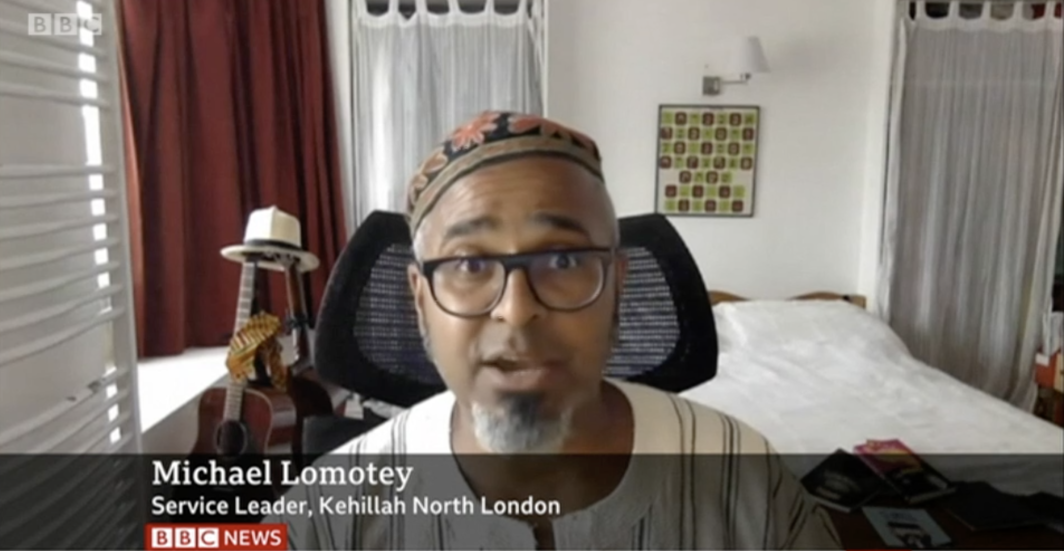 Liberal Judaism is proud to have worked with the BBC on a feature about the experience of Black Jews and Jews of Colour in the Jewish community.

The item, which ran on BBC One and the BBC News channel this morning, saw Kehillah North London member Michael Lemotey speak about his experiences as a Black Jew and both the antisemitism and racism he has faced.

Michael was joined by social economist Madeline Young and eminent journalist Stephen Busy. Stephen chairs the Board of Deputies’ Commission on Racial Inclusivity in the Jewish Community.

After the piece aired, Liberal Judaism interim director Rabbi Charley Baginsky was interviewed live on air to speak about our movement’s commitment to equality and new Action Group on Black Jews and Jews of Colour.

Charley said: “We are working hard to raise the awareness that Jews come in many different shapes and forms and to make everyone feel included in our community.

“I have been amazed at the overwhelming amount of people, across Liberal Judaism, who want to listen, learn and support their own communities in becoming more engaged.

“We always talk about the fact that Liberal Judaism should be the home for everybody’s Jewish story – so we need to listen and learn from our Action Group on what we can do to make our communities welcoming, safe and celebratory spaces for everybody and also make sure our resources and website are representative.”

Find out more about our Action Group here.