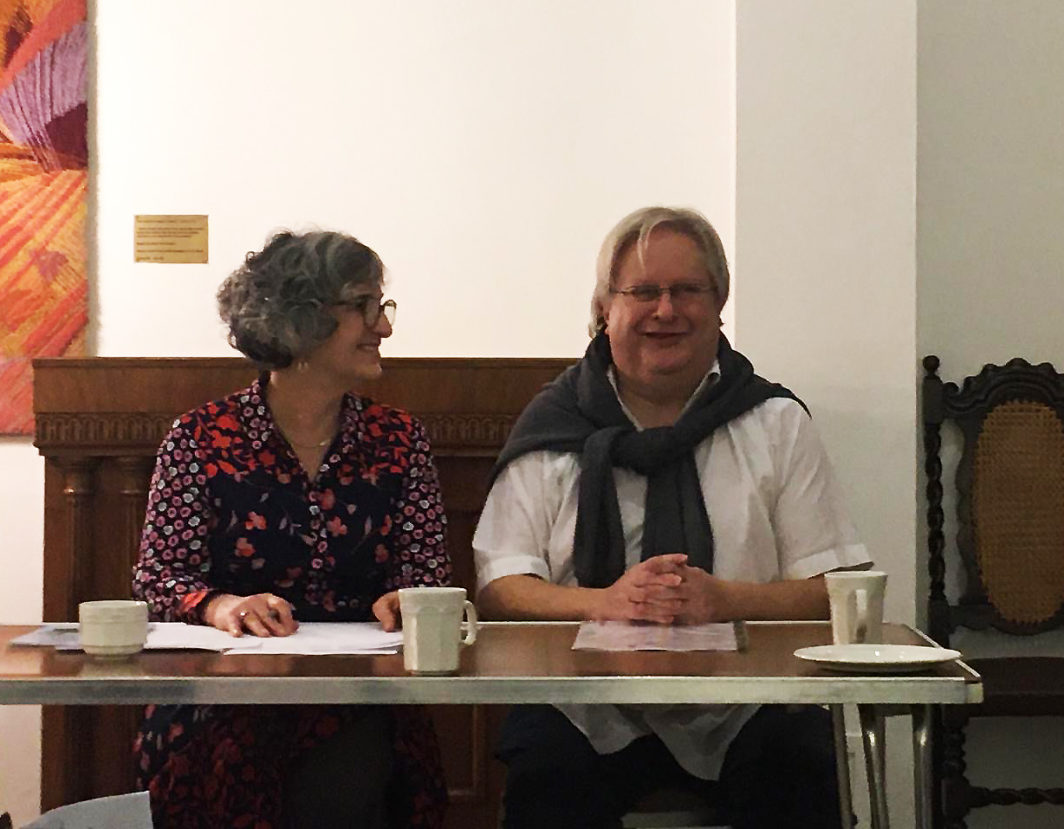 Speaking on behalf of the movement, Ruth said: “Rabbi Danny Rich was born into a prominent Liberal Jewish family and since then has lived and breathed Liberal Judaism. It has seeped into and perhaps drenched his DNA so that every cell in his body is a Liberal Jewish cell.

“Danny has devoted his life to the service of our movement. For the last 15 years Danny has been our chief executive and senior rabbi. He has been a charismatic and inspirational leader that so many of us have followed. Danny’s commitment to his congregational work is truly impressive. He encourages and provides practical support to new communities and makes a point of visiting all communities on a regular basis.

“Danny has been a wonderful ambassador, thus enabling Liberal Judaism to punch far above its weight and be heard in places that our numbers alone would not demand. Far and wide, within and beyond our movement Danny is viewed with a great deal of warmth and affection. Indeed, for very many people, he embodies Liberal Judaism.

“Danny will be leaving his current post at the end of March and we will have a celebration for him at Biennial. Until then, he will be focusing on his congregational and ambassadorial work and be helping me settle into my current role.

“Danny: On behalf of the movement I thank you.”

Andrew said: “Rabbi Danny Rich was born into a family devoted to Liberal Judaism and throughout his life he has been deeply involved in so many of its activities: as a youth leader, teacher, congregational rabbi and latterly chief executive and senior rabbi of the movement.

“His leadership has helped ensure that Liberal Judaism has continued to be a creative, progressive, radical movement following the call of its founders to be ‘Prophetic Judaism’.

“As president I have been privileged to witness the respect that Rabbi Rich engendered in so many circles be it in his former congregation (Kingston), within congregations within Liberal Judaism, many of which he founded, within the wider Jewish community, as well in the non-Jewish world through his involvement in inter-faith work as well as being a Justice of the Peace and prison visitor.

“He has been a mentor to many rabbis and lay people and influenced bringing many of them to Liberal Judaism. His place in the history of Liberal Judaism is assured and it is hoped that he will continue to make contributions in the future in areas that most interest him.”