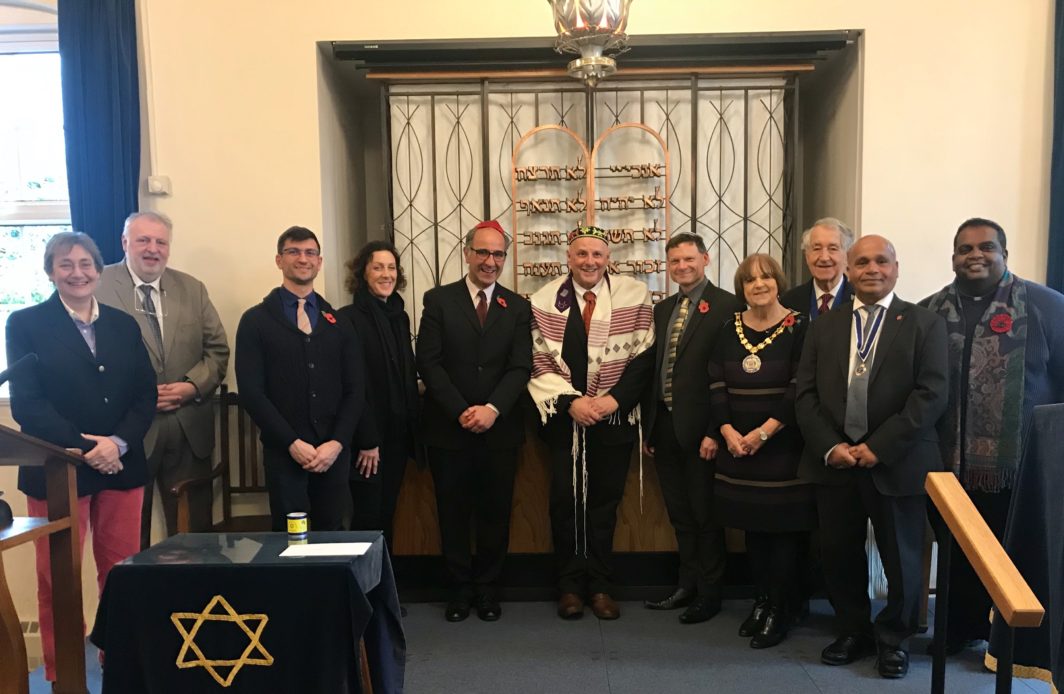 Kingston Liberal Synagogue (KLS) were joined by local mayors, representatives of other faith communities and school teachers for their annual Civic Service.

Falling on Remembrance Day weekend, the service remembered the two World Wars, the 81st anniversary of Kristallnacht and the 30th anniversary of the fall of the Berlin Wall.

In a poignant moment of particular importance to the KLS community, the memories of three Czech communities lost in the Holocaust were honoured.

Kingston Liberal Synagogue is the proud trustee of Torah Scrolls from the Czech communities of Tabor, Rychnov and Blatna, where Jewish communities once thrived before the Holocaust. Each year they honour the memory of these lost communities and the almost 80,000 Czech Jews murdered in the Shoah through services and activities.

Matthew Iles, who teaches religious education at Southborough High School, said “Despite the solemn subject matter it was overall an uplifting service and gave a real feel for the life of this local Jewish community. It was a privilege to be here”.