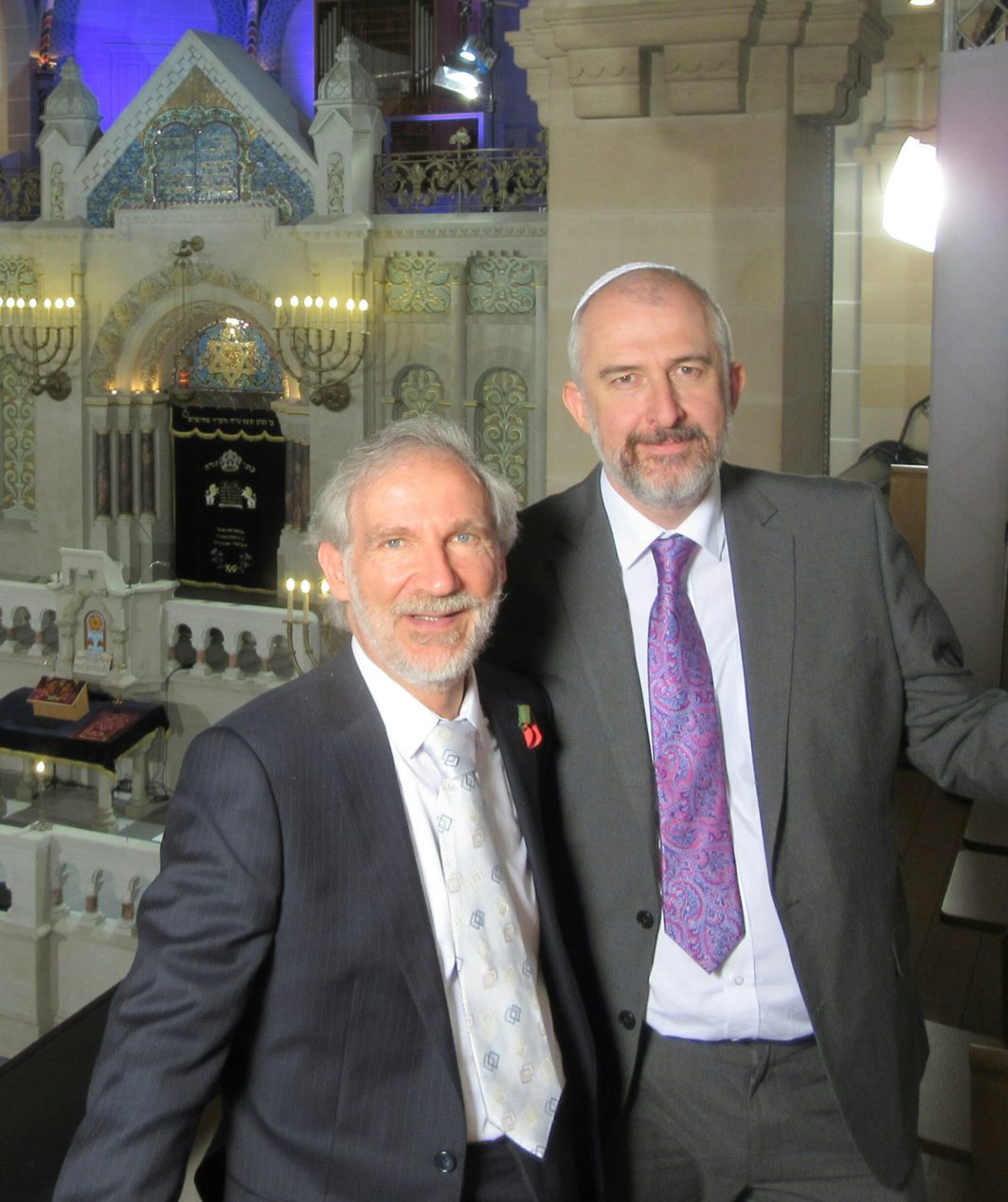 I am writing this month’s column on a flight to Heathrow from Berlin, having spent the last seven days as a guest of the German foreign office. One of five UK-based rabbis, we joined a group of ten Canadians on a tour entitled ‘Jewish Life in Germany’. The occasion was the eightieth anniversary of the pogrom which swept through Germany and Austria on the night of the 9th November 1938, commonly known as Kristallnacht.

So many thoughts and feelings. So many memories to process. A cell block in Dachau, which once housed political opponents and prisoners of conscience. An exhibition on Nazism next to the site of the former Gestapo headquarters in Berlin. Listening to the German chancellor, Angel Merkel, promise ‘never again’ in a huge rebuilt synagogue. Meeting young German Jews and Israelis settled in Berlin, enjoying life and looking forward to the future. Spending Shabbat morning in the midst of a living, breathing Jewish community in the heart of the capital. Stepping over memorials to those Jews deported by the Nazis set in the pavement outside our hotel. Germany is a country where the past is ubiquitous; a land which may have done more than any other to acknowledge the crimes committed by its soldiers and policemen, its civil servants and citizens.

I stood in the Commonwealth War Cemetery in Berlin this morning on the centenary of the Armistice in 1918, surrounded by the graves of young airmen shot down in the Second World War. As someone whose parents’ and grandparents’ lives were irrevocably affected by war with Germany, there was a certain irony to be in that place on this day. There was sadness and loss. There was hope, too, as soldiers from today’s German armed forces solemnly handed wreaths to waiting dignitaries to place on a memorial to former enemies. ‘Shalom’ was offered as a greeting, on our way into the cemetery, as elsewhere throughout our stay.

How tempting for Germany to unburden itself of the past; to lift the weight from the shoulders, especially, of the young, who can hardly bear responsibility for what happened between 1933-45. The fact that it has chosen not to do so is to its credit. Nations and individuals are all the products of history. The trick is to keep learning from the past, without feeling that one is living in it.

[Photo: Myself and Rabbi David Hulbert from ELELS at a Berlin Synagogue]
Click here to read a report on the trip in The Jewish News