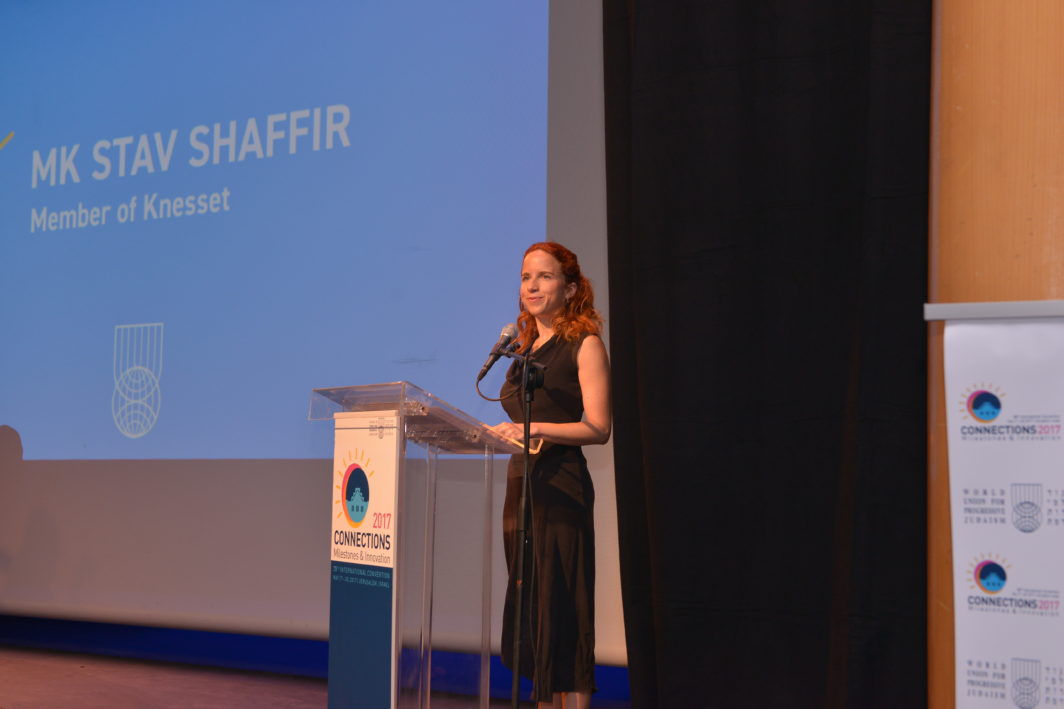 Lea, Robin and Graham all delivered well-received sessions, while Harry made history by attending for more than 70 years – his first conference dating back to 1946 with Rabbi Dr Leo Baeck.

Celebrating the WUPJ’s 90th anniversary, the four-day conference brought together more than 450 people from Progressive, Reform and Liberal communities in 30 countries.

The event included an address from the youngest Minster of Israel’s Knesset, Stav Shafir (pictured), who encouraged delegates to continue fighting for justice and social equality in Israel and abroad – drawing parallels between the founding fathers of Israel and Reform Zionism.

Other highlights included a Bnot Mitzvah service for women from South America at the Robinson Arch part of the Kotel (Western Wall) and a Friday night service held in the Tahana Rishona (the First Train Station), a prominent venue in Jerusalem where more than 700 people joined together to welcome the Shabbat.

It ended with a rousing rendition songs and prayers in English and Hebrew, as delegates linked arms and harmonised voices to sing out the final moments of Shabbat together.

Rabbi Daniel H Freelander, president of the WUPJ, said: “The Kotel experience, the spirited Kabbalat Shabbat and indeed the entire WUPJ Conference should prove to us that if we march ahead without looking back, we can create the kind of Jewish moments that will motivate 21st century Jews.

“I have learned this week how strong we are. I have witnessed how strong we are in our commitment, creativity and resolve. But most of all, I have felt how much it strengthens us when our movement leadership gathers, and we realize what our potential is.”

Rabbi Charley Baginsky, co-led the Shabbat morning service, added: “It was an inspiring event, which enables individuals to realise the outreach and influence of Progressive Judaism across the world.”

The World Union for Progressive Judaism (www.wupj.org) is the international umbrella organization of the Reform, Liberal, Progressive and Reconstructionist movements, serving 1,200 congregations with 1.8 million members in more than 40 countries.