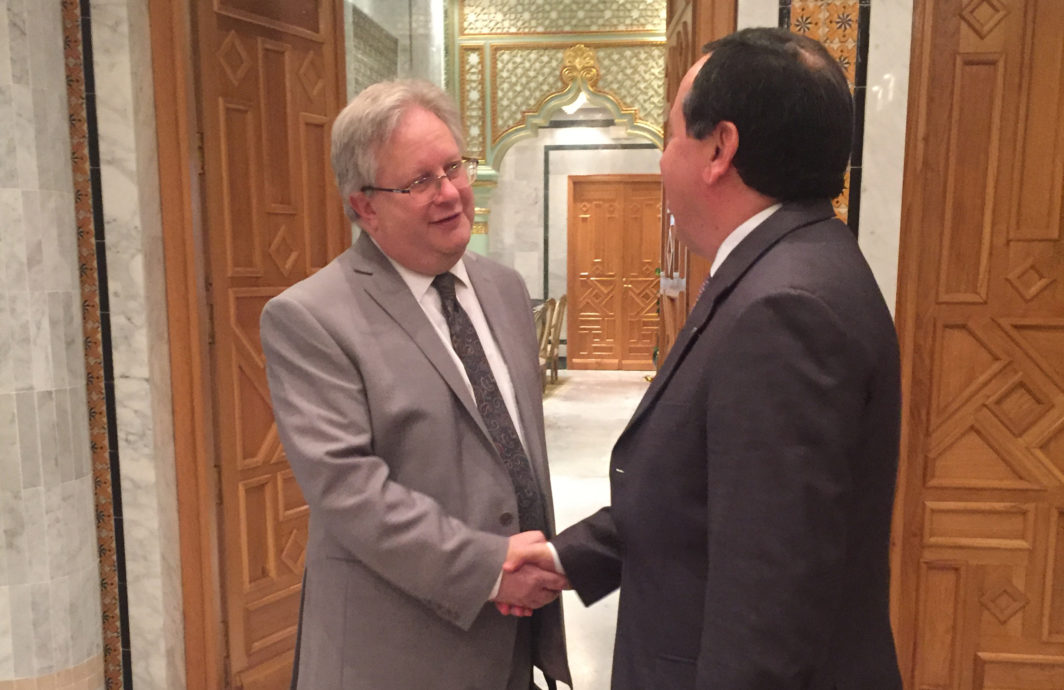 Above: Rabbi Danny Rich meets the Tunisian Minister of Foreign Affairs during his visit

Rabbi Danny Rich, the senior rabbi of Liberal Judaism, has pledged to take a party of British Liberal Jews to Tunisia next year after spending three days in the country.

Danny was one of 2,000 people who took part in an annual pilgrimage to the Ghriba Synagogue, on the island of Djerba in southern Tunisia, for the Lag B’Omer festival.

As well as taking part in the procession to the Ghriba Synagogue – the oldest in Africa – Danny also visited the Great Synagogue of Tunis. He met with Tunisia’s Minister of Foreign Affairs and Minister of Culture (pictured). He also took part in a workshop on the possibility of having a museum of Tunisian Jewry, along with the directors of the Jewish museums in Istanbul, Paris and Casablanca.

Danny said: “Tunisia is perhaps the only example of a success arising from the Arab Spring, by which I mean that the Tunisian people witnessed the end of its dictatorship and have since been building an increasingly modern and open democracy.

“Jews have lived successfully in Tunisia for centuries and the authorities seem determined to ensure that the ancient Jewish communities in Djerba and Tunis are both safe and able to thrive. I was privileged to attend a round-table conference, at which the Minister of Culture promised support for a museum of Tunisian Jewry.

“Security was tight, but not oppressive and I felt comfortable being identifiably Jewish on the streets. I am now looking forward to taking a group from Liberal Judaism to Tunisia for next year’s Lag B’Omer.”

Danny – who was accompanied on the trip by Jewish Renaissance founder Janet Levin and Sidney Assor from the Board of Deputies – added: “Whilst I’m not an expert in security, in my conversation with the Foreign Minister he noted that only Britain and Belgium – of all European countries – are still discouraging travel to Tunisia.

“I intend to raise this matter with my local Member of Parliament, Theresa Villiers (MP for Chipping Barnet and Secretary of State for Northern Ireland).” 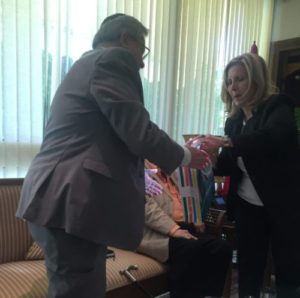