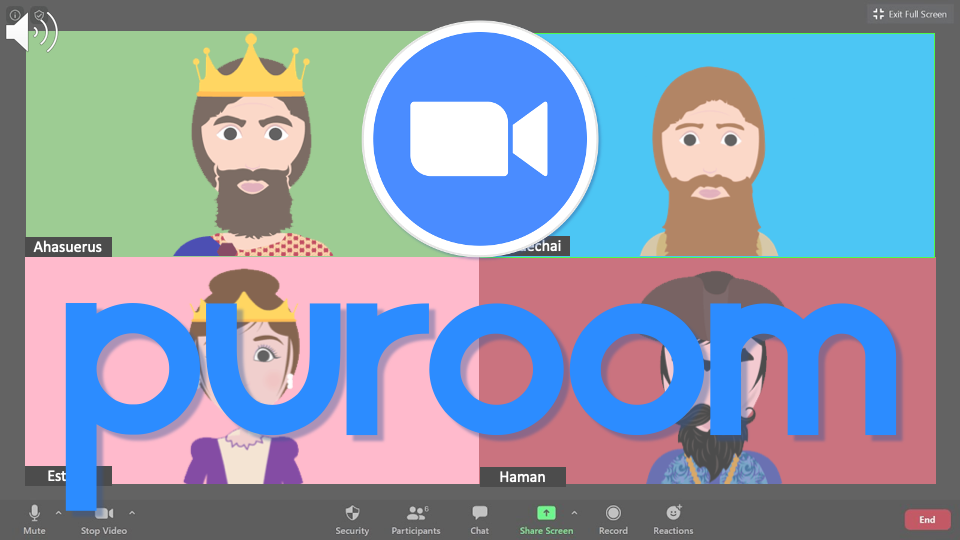 Nottingham Liberal Synagogue (NLS) gave Rabbi Tanya Sakhnovich a farewell Purimspiel to remember, as she spends her final year as the community’s Rabbi.

Rabbi Tanya has been at NLS for 12 years, having started as a Student Rabbi, and has brought a level of energy, enthusiasm and individuality that has transformed the community. Nowhere was this more evident than in this year’s Purimspiel where over 70 members participated, more than a third of the total congregation.

Eight years ago, Rabbi Tanya first approached Mike Sacker, who had been involved Amdram for many years, to write and direct a Purimspiel play involving the congregation. His only request was to have a free rein with creativity.

The first performance had a science fiction theme, Purim: A new Hope, followed by The Rocky Chollah Purim Show and then Marvellous Maccabees & Preposterous Persians based on Horrible Histories.

This year, as the community couldn’t all be physically together, the idea was formed to hold a Purimspiel over Zoom… and so Puroom was born. Mike broke the Purim story into sections and challenged members of the congregation to interpret it in whatever way they wished.

This is where the influence, over the years, of Rabbi Tanya showed. People were happy to volunteer and comfortable enough to show their considerable talents.

All the performances were videoed and stitched together by Mike, to tell the story. These included the Worth/Prestney family showing their incredible musical talent portraying King Achashverosh’s party, a beautiful rewritten song about Mordechai waiting by the gates, by Glyn Jones and accompanied by Rosemary Healy on viola, Mike and Eve Sacker cross dressing as Achashverosh picking Esther as his bride, and David Lipman as Mordechai holding Zoom meetings.

There was also a Puppet show, poetry, martial arts, Coom duets, sketches plus so much more. The cheder pupils and teachers told Jewish jokes, which were interspersed throughout the story. It concluded with a finale song, Who’s Purim who?, based on Aretha Franklin’s Who’s Zoomin’ Who?, which was sung individually and then combined together into a single group song.

Mike said: “When we couldn’t all be together as a congregation, this was exactly the tonic that was required. We laughed, we booed Haman (with signs) and we celebrated Purim, with a fitting send off for Rabbi Tanya’s final year.”

You can watch the entire show on the Nottingham Liberal Synagogue’s YouTube channel or below: