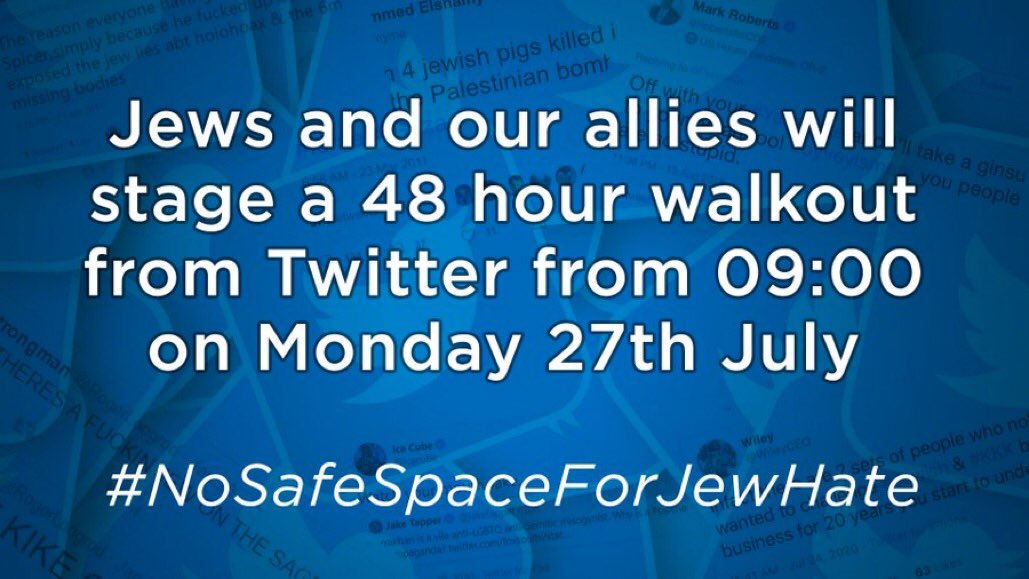 Liberal Judaism statement on Wiley, Twitter and why there must be #NoSafeSpaceForJewHate:

For a long time now various hashtags about Jews have been trending on Twitter – and almost always for negative reasons. One only has to spend a few minutes on the platform to see a stream of abuse, conspiracy theories and outright antisemitism aimed towards us.

Jews coming out of Shabbat this Saturday night, and reaching for their phones, once again saw such a trend on their feeds.

And once again it was prominent because of a virulent stream of antisemitic hatred, over a period of 12 hours, emanating from the music star and blue tick verified artist, Wiley. The action taken against him by Twitter has been too little and too late.

The online world which we have used so creatively in the last few months, to connect and to care, cannot be allowed to be a place of hatred that feels unsafe and dangerous for anyone.

That is why this Monday and Tuesday Liberal Judaism, along with much of the Jewish community and our allies, will stay off Twitter as part of the #NoSafeSpaceForJewHate action.

There is to paraphrase Ecclesiastes, a time for speaking and a time for silence. We are speaking up now in solidarity with all those who are calling for Twitter to regulate the hatred and abusive speech and we are staying silent as an action alongside the Jewish community that says Never Again.