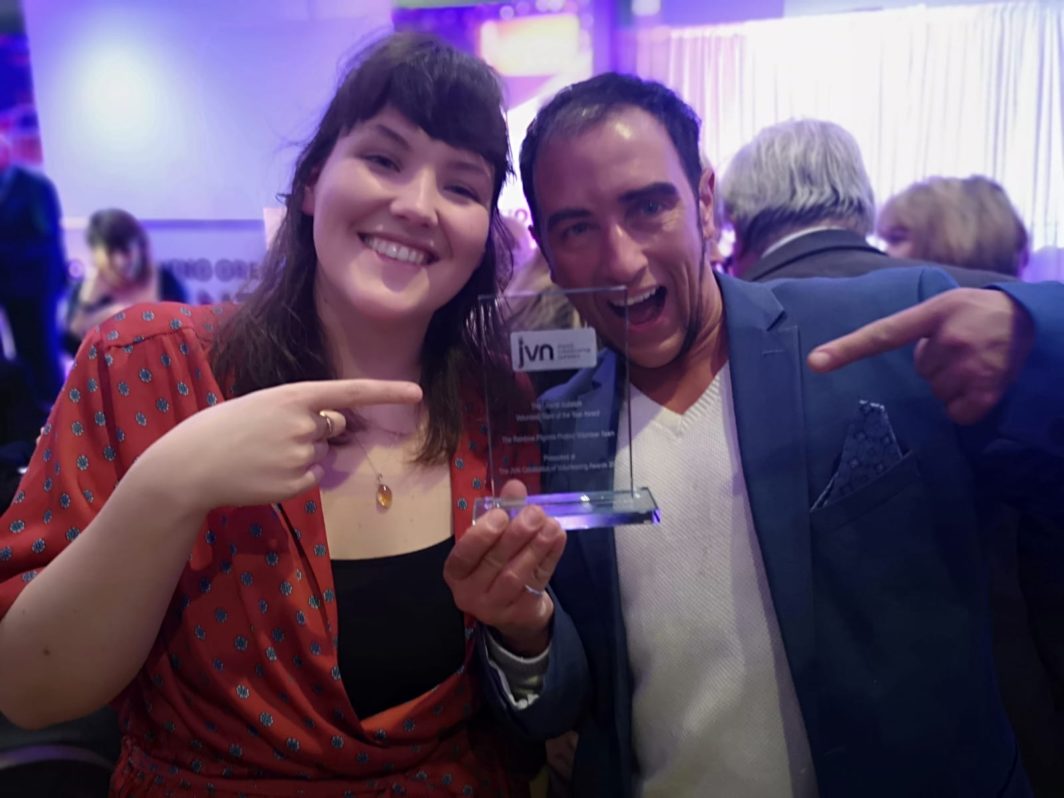 The Rainbow Pilgrims team were named as Liberal Judaism’s Volunteer Team of the Year at the JVN Celebration of Volunteering Awards event.

They were also selected from 42 potential nominees as one of three finalists for JVN’s overall Outstanding Volunteer Team of the Year Award, with a film shown about the project to the 300 people in attendance.

Rainbow Pilgrims is Liberal Judaism’s ground-breaking oral history project and exhibition exploring the ‘hidden history’ of LGBTQI+ migrants in the UK past and present.

Volunteers helped put the whole thing together including conducting and transcribing interviews, shooting photos and video, building an archive and curating an online exhibition that can be viewed here.

The Rainbow Pilgrims team, along with project manager Shaan Knan, were presented with their award by Liberal Judaism’s senior rabbi, Rabbi Danny Rich.

Danny said: “The JVN event was an evening spent celebrating Jewish volunteering and its many different aspects. I was delighted to give an award to the Rainbow Pilgrims volunteer team. They not only delivered a wonderful project, but also enhanced the understanding of Liberal Judaism as an institution.”