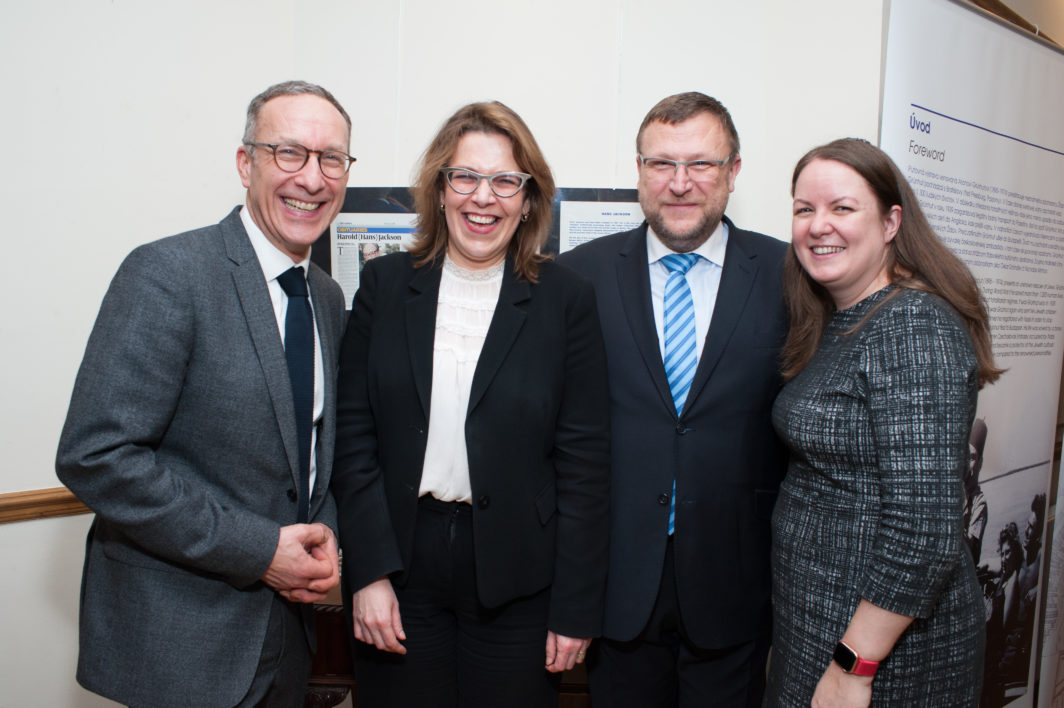 Northwood & Pinner Liberal Synagogue was the venue for the British launch of the Slovakian Embassy’s exhibition ‘Aron Grünhut – Rescuer of the Jews and Human Rights Defender’.

Marking Holocaust Memorial Day, the Ambassador of Slovakia Lubomir Rehak, together with the Deputy Ambassador of Israel Sharon Bar-Li, opened the exhibition detailing the remarkable story of a relatively unknown Slovakian Jew who enabled over 1,300 others to escape transportation to their near certain death in the Nazi concentration camps.

The Ambassador and Slovakian Embassy have developed a special relationship with NPLS, which has a ‘Survivor’ Torah Scroll from the eastern Slovakian town of Spisska Nova Ves.

The exhibition details the life of Aron Grünhut (1895 – 1974), who used his business acumen to negotiate with Nazi authorities and its collaborators to, among other schemes, organise an ‘illegal’ transportation Jews to Palestine and connect 10 Jewish Bratislavan children with Sir Nicholas Winton´s Czech Kindertransport.

His name and story – subjugated for decades by the communist governments of Czechoslovakia – is now being detailed. It was suppressed as it did not fit the Soviet regime’s narrative of World War 2.

Sharon Bar-Li, the Deputy Ambassador of Israel said: “Aaron Grunhut’s story teaches us about the Jewish virtues of both individual responsibility and the importance of communal life. It exemplifies the courage to care, not to be a bystander in the face of great darkness. This lesson – “He who saves a single life, it is as if he saves the whole world” – echoes throughout Mr. Grunhut’s life, and continues to be ever more valid today.”

Guests at the event included Sir Nicholas Winton’s eldest son, Nick Winton, Liberal Judaism president and NPLS Emeritus Rabbi, Andrew Goldstein and an NPLS/LJY-Netzer Shabbaton group of 20 teenagers who were using the exhibition as a basis for some of their study work.

The community’s senior rabbi, Rabbi Aaron Goldstein, said: “Experiencing contemporary divisions in society and attempts to control ‘truth,’ we are honoured to bring together Israel, Slovakia and the UK, revealing a truth, which for so long was hidden by a controlling totalitarian regime. May everyone who hears of Aron Grünhut heed the warning of history.” 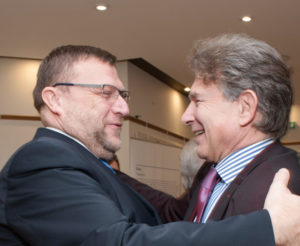