Rabbi Elli Tikvah Sarah studied Sociology at the London School of Economics and Rabbinics at the Leo Baeck College in London where Elli received semicha in 1989. Prior to rabbinic training, Elli engaged in feminist research, writing and editing.

Elli has been rabbi of Brighton & Hove Progressive Synagogue since December 2000, and is also Liberal Jewish Chaplain at Sussex and Brighton universities. Elli was a member of the Manor House Abrahamic Dialogue Group (1994-2010) and is currently a member of the Council of Christians and Jews Theology Group. Elli is a member of the British Friends of Rabbis for Human Rights, Tzelem: the rabbinic call for social and economic justice, and is a patron of the Shalom-Salam Trust. Having chaired the Liberal Judaism Publications Group for several years, Elli also participated in the Liberal Judaism Rabbinic Conference Working Party on Same-Sex Commitment Ceremonies (2002-2006), which produced the landmark liturgy, Covenant of Love, to coincide with the Civil Partnership Act coming into force in December 2005.

A writer, Elli is author of Trouble-Making Judaism (David Paul Books, 2012) and has edited five books and contributed over four dozen articles and several poems to various journals and anthologies. Elli also teaches and lectures in many settings on a variety of topics and has delivered three conference sermons and four conference ‘key-note’ lectures. Elli’s most recent book is Women Rabbis in the Pulpit. A collection of sermons, co-edited with Barbara Borts (Kulmus Publications, 2015).

Tikvah - A video about Rabbi Elli Tikvah Sarah
At the beginning of 2015, an undergraduate called Sam Gavin asked me if he could make a film about me, focusing on my LGBTQ experience, as part of his film studies degree. Sam had grown up at Brighton and Hove Progressive Synagogue, celebrating his bar mitzvah and graduating from the Kabbalat Torah class, and I had known him since he was a small child. I agreed, and we set a date for filming.

One spring morning a group of film students arrived at my home just outside Seaford, each one using the project to express their particular skills – as director, sound engineer, etc. Sam had the role of producer. In the afternoon, we travelled to Brighton and Hove to film at the synagogue, which was in the process of rebuilding at the time.
Sam sent me the film, entitled, Tikvah, when it was completed, and I congratulated him and his colleagues on doing a fantastic job.

I was reminded of the film a couple of months ago, when someone, who had seen it on YouTube tweeted about it, and so I watched it again. Tikvah makes a powerful statement about the LGBTQ experience and values that have infused my rabbinate, and just as important, about what a wonderful inclusive congregation Brighton and Hove Progressive Synagogue has become: a beacon of Liberal Judaism on the south coast.

You can watch the video here 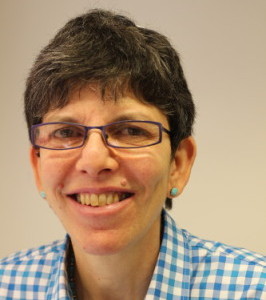 24 March 2022 – 21 Adar II 5782
Read moreBrighton & Hove Progressive SynagogueFollow Rabbi Elizabeth
Return to Who’s Who
Find your local community
We use cookies to ensure that we give you the best experience on our website. If you continue to use this website without changing your cookie settings or you click "Accept" below then you are consenting to this. ACCEPTRejectPrivacy policy