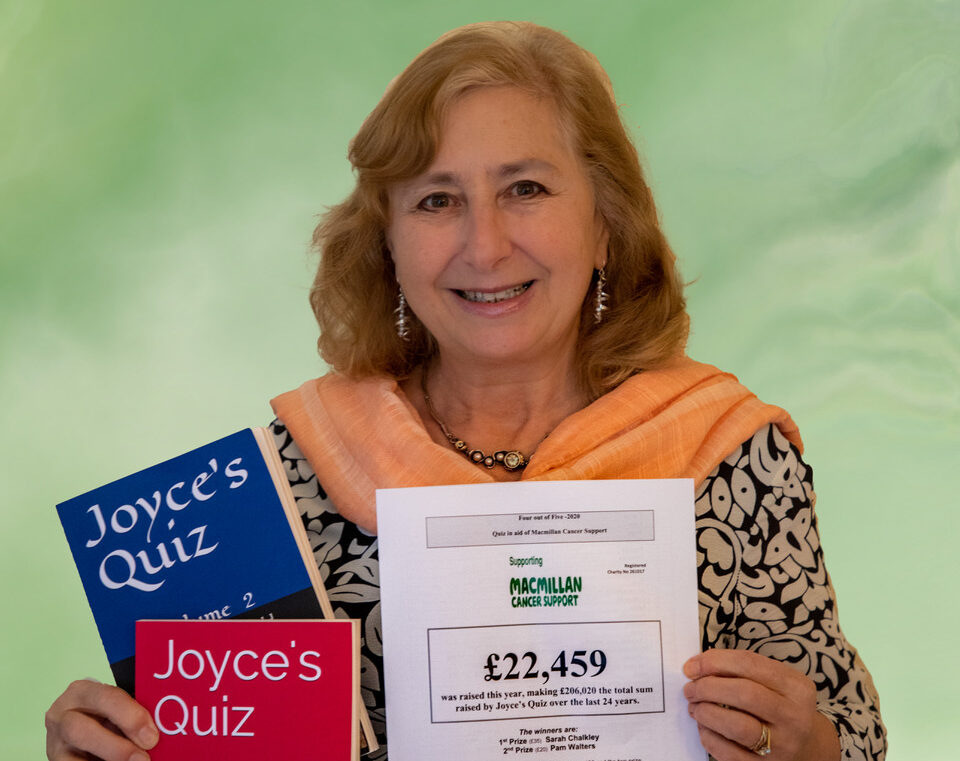 Proceeds from the annual quiz she launched 24 years ago have now climbed beyond the £200,000 mark – a monumental milestone.

Joyce, 65, began fundraising after recovering from an aggressive form of breast cancer and started by helping to buy equipment for the Queen Elizabeth Hospital, where she was treated. Since then, Macmillan has been the grateful recipient of all the money raised.

Joyce was concerned about the impact the pandemic would have, so was delighted when a very high number of entry fees and donations from people across the UK and overseas brought in a record £22,459 for her most recent quiz.

Joyce said: “Macmillan, like so many charities, has been hard hit by the lack of fund-raising opportunities during the pandemic so we are particularly glad that our annual endeavour has not been negatively affected.”

Jayna Kawa, a fund-raising manager for Macmillan, praised Joyce and her supporters for continuing to help the charity meet its needs for cancer patients and their families. It became a more vital means of support at what was an acutely challenging time for people with cancer and when the NHS was understandably struggling.

Joyce – who has received a British Empire Medal and other awards for her charity work – has also released two quiz books which can be bought on Amazon or directly by emailing joycesquiz@gmail.com – with all profits again going to Macmillan.

Joyce added: “I know that people use the quizzes in the books to raise money for their own good causes, which is great, or just because they enjoy tackling some fun questions on a wide range of themes.”