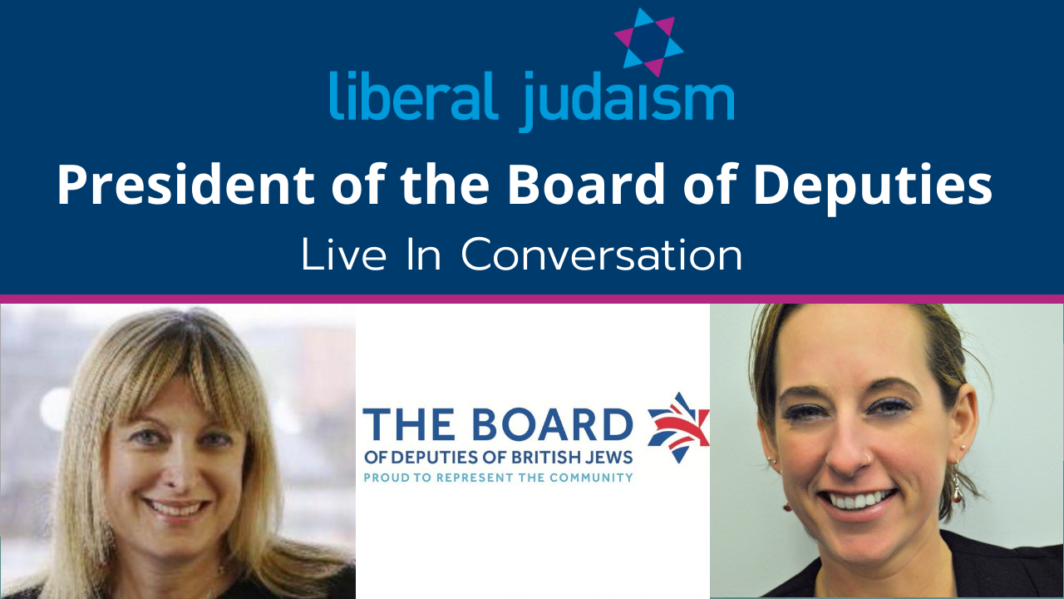 The latest in Liberal Judaism’s series of In Conversation events featured the President of the Board of Deputies of British Jews, Marie van der Zyl, answering your questions!

Marie took part in a wide-ranging discussion with Rabbi Charley Baginsky, Interim Director of Liberal Judaism, where nothing was out of bounds.

Marie discussed everything from the Board’s controversial decision not to condemn Israel’s proposed annexation of parts of the West Bank to whether women are fully accepted and respected in our communal organisations. She also confirmed that she will be standing for election for a second term as a President of the Board, the first time she has publicly made that announcement.