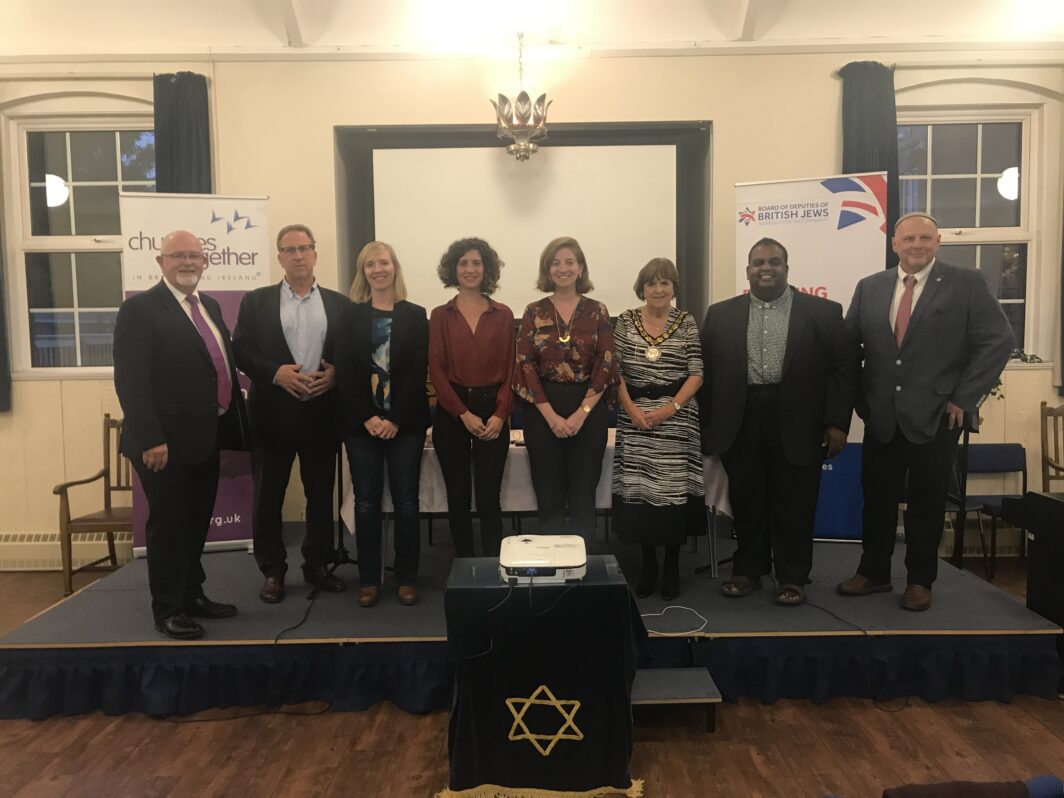 Around 100 people attended an event at Kingston Liberal Synagogue (KLS) to hear two peace activists – one Israeli and one Palestinian – speak about their hopes for reconciliation.  The event was co-hosted with St Mary’s Church, Long Ditton and was attended by the Mayor of Elmbridge, Mary Sheldon.

Palestinian Ruba Huleihel and Israeli Michal Katoshevsky were speaking at ‘Invest in Peace’, a joint initiative between the Board of Deputies of British Jews and Churches Together in Britain and Ireland. Endorsed by the Archbishop of Canterbury Justin Welby, the initiative invites Christians and Jews to support Israeli-Palestinian peace building and is the first of its kind at a national level.

Both speakers talked about their family backgrounds, their childhoods in Israel/Palestine, and how they each came to be peace activists. They answered questions from the audience about topics such as a two-state solution, the role of the Arab world, and what the UK government could do to promote peace.

Board of Deputies Vice President Edwin Shuker said: “We’re proud to have initiated an Invest in Peace programme which presents challenging dialogues to packed and highly engaged meetings across the country. This is about helping to export peace, rather than importing conflict.”

The Revd Peter Colwell, Deputy General Secretary of Churches Together in Britain and Ireland, said: “With so much violence, hatred and suspicion in the world, there is a critical need for different faith groups to come together. Our message to extremists on all sides is simple: You will not divide us. This project delivers that message loud and clear.”