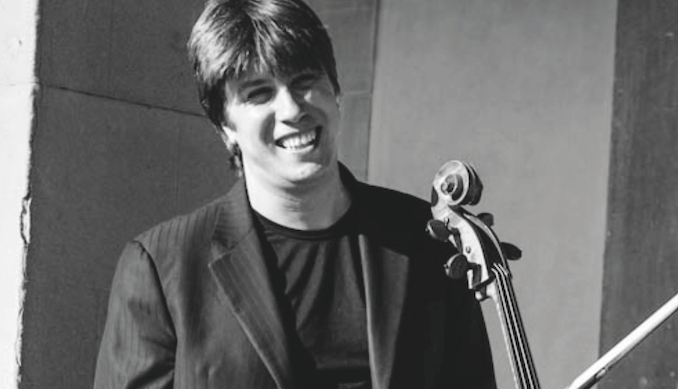 Each week we are profiling one of the performers at Liberal Judaism’s first ever fundraising concert, which will take place on the evening of Thursday November 23 at The Liberal Jewish Synagogue, St John’s Wood.

After last week’s look at David Dolan, this week we are pleased to introduce you to world renowned cellist Thomas Carroll.

Described by The Strad as a player of “authority, passion with an unerring sense of direction, full of colour and underpinned by a clear musical intelligence”, Welsh cellist Thomas Carroll launched his career when he won both Young Concert Artists Trust and Young Concert Artists, New York. He has performed in major venues across Europe, Asia, Africa, Australia and North America.

Next to his career as a cellist, Thomas is also a highly acclaimed conductor and a professor at the Royal College of Music in London and the Yehudi Menuhin School.

You can watch Thomas in concert, as part of the Symphonova Orchestra, here:

Get your tickets for this very special fundraising concert here.

Thomas will join Abigail Dolan (Flute) and David Dolan (Piano) to present ‘Beyond Text: Interpretation as Meaning’ – an evening of classical improvisation including works by Bach, Debussy, Schumann, Haydn and Weber.

The event takes place at The Liberal Jewish Synagogue, 28 St John’s Wood Road, London, NW8 7HA. The champagne and canapé reception starts at 18:15, followed by the concert at 19:45. Tickets cost £45 for the reception and concert, or £25 for the concert alone.

Tickets must be bought in advance and can be purchased here.