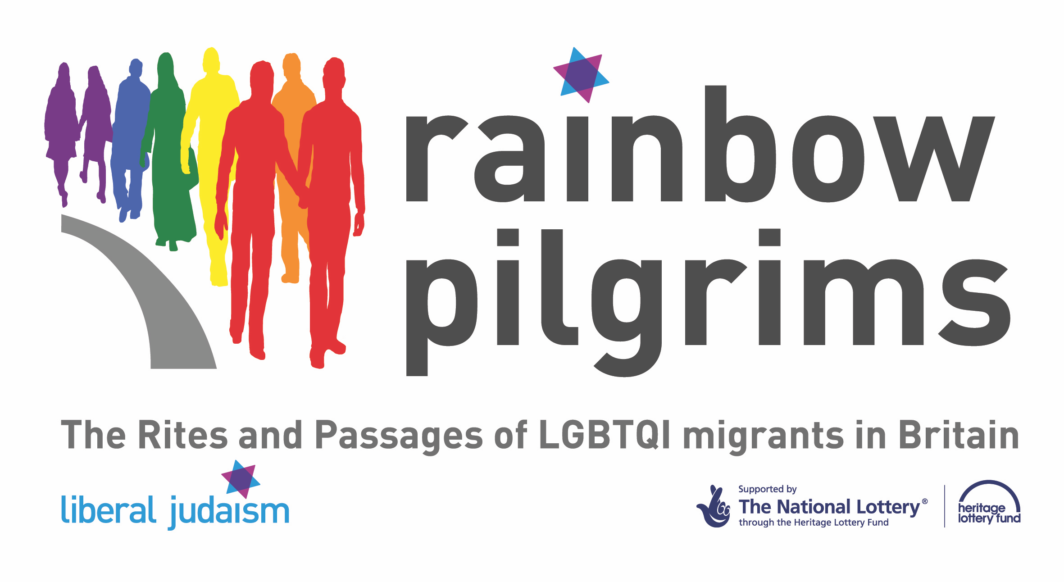 Following the success of Rainbow Jews and Twilight People, Liberal Judaism will host a new project – Rainbow Pilgrims: The Rites and Passages of LGBTQI+ Migrants in Britain.

This landmark undertaking, supported by the National Lottery through the Lottery Heritage Fund, will discover and celebrate the hidden history of lesbian, gay, bi, trans, queer/questioning and intersex (LGBTQI+) migrants in the UK past and present. It will explore the narratives around ‘rites and passages’, documenting the interconnection between faith, sexuality, gender and ethnicity in place and time.

The stories and images of more than 30 members of the various migrant communities will be documented by means of oral history, film and photography – providing the first ever collection on the topic of LGBTQI+ and migration, in a faith context, in Britain.

Rainbow Pilgrims will focus on marginalised migrant groups of refugees and asylum seekers, as well as groups within Britain’s borders such as Gypsy, Roma and travellers (GRT).

The collated materials will be mapped, catalogued, deposited and shared with a wider audience via free and accessible channels, including an archive collection, website, interactive digital hubs, touring exhibition, booklet, educational resources and communal events.

Project manager Surat-Shaan Knan said: “We aim to highlight the complex patchwork of identities and journeys – cultural, religious and sexual – and examine how these interrelate with each other in the framework of UK migration.

“Giving a sense of belonging and connection, religion and cultural/spiritual practice often remains an important aspect of GRT and migrant heritage. Yet, being LGBTQI+ and from an (ethnic) minority group can offer up many points of conflict, especially when it comes to religious customs and traditions.”

Shaan added: “The sub-theme of Rainbow Pilgrims will be ‘rites and passages’, covering a period of almost 70 years – from the Kindertransport to today. The UK has always been ethnically diverse with a population developing from complex historical migration patterns.

“Rainbow Pilgrims aims to document the rich heritage of LGBTQI+ migrants of faith so that their contribution can be celebrated and preserved.”

To find out morea about this project, visit the brand new Rainbow Pilgrims website at www.rainbowpilgrims.com or contact Shaan on s.knan@liberaljudaism.org.