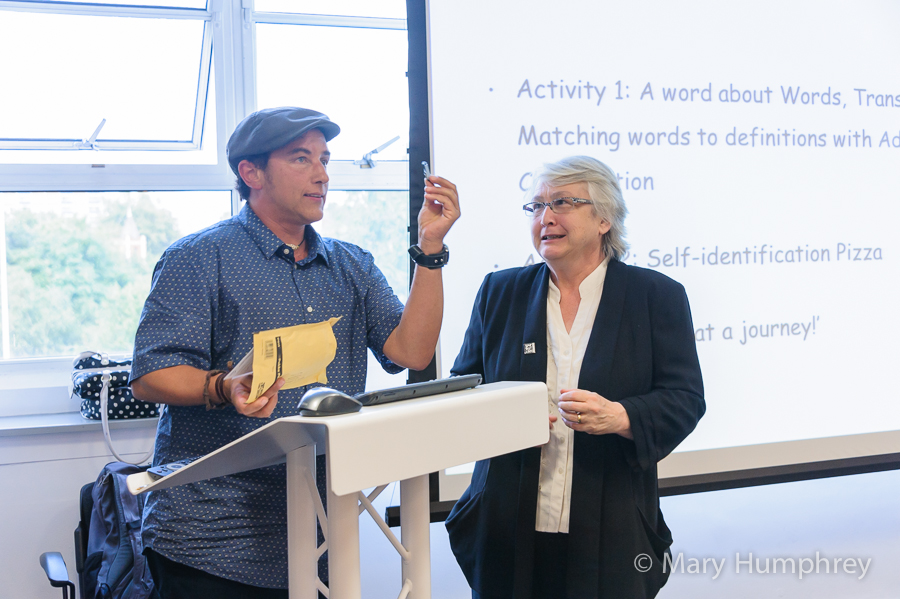 A ‘bubbly reception’ took place on Thursday at the London Metropolitan Archives (LMA), which will host the collection.

An education pack – for use in schools and colleges – was also launched at the event, where guests piloted a new board game to help teach youth about gender identity and religion.

LGBTQI+ education expert Laila El-Metoui said: “We have already had enquiries from schools to use these interactive and fun educational toolkits. The ultimate aim is to have them used in faith schools, across all denominations.

Twilight People project manager Surat-Shaan Knan, who presented the archive to the LMA’s principal development officer Jan Pimblett (pictured above), said: “This is the culmination of an 18-month Heritage Lottery Fund project that is indebted to the hard work of so many people.

“The launch of this legacy – including the archive, education pack, and a new mobile app developed by Cheryl Morgan – is very timely, as the Government, media and public at large begin to truly listen to the stories of trans and gender nonconforming people and the intersection of faith, religion and ethnicity.”

Rabbi Danny Rich added: “We Jews, as a historic people, know the value of an archive – especially one which explores a previously hidden history.

“I am so proud of the Twilight People project, not only because we have all learnt so much, but also because it fulfils Liberal Judaism’s mission ‘to be a voice for those who are usually unheard’.”

Twilight People is hosted by Liberal Judaism and supported by the National Lottery through the Heritage Lottery Fund. The bubbly reception was proudly supported by Barefoot Wine. 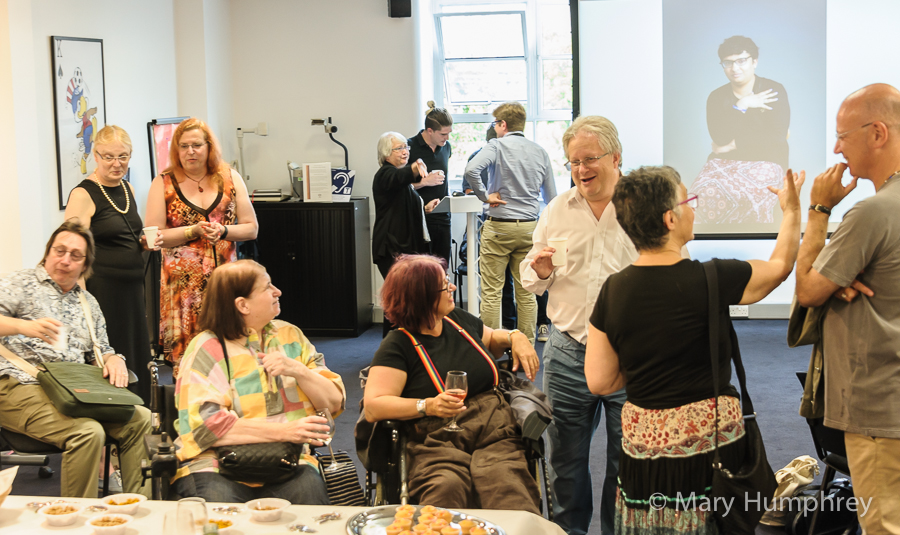