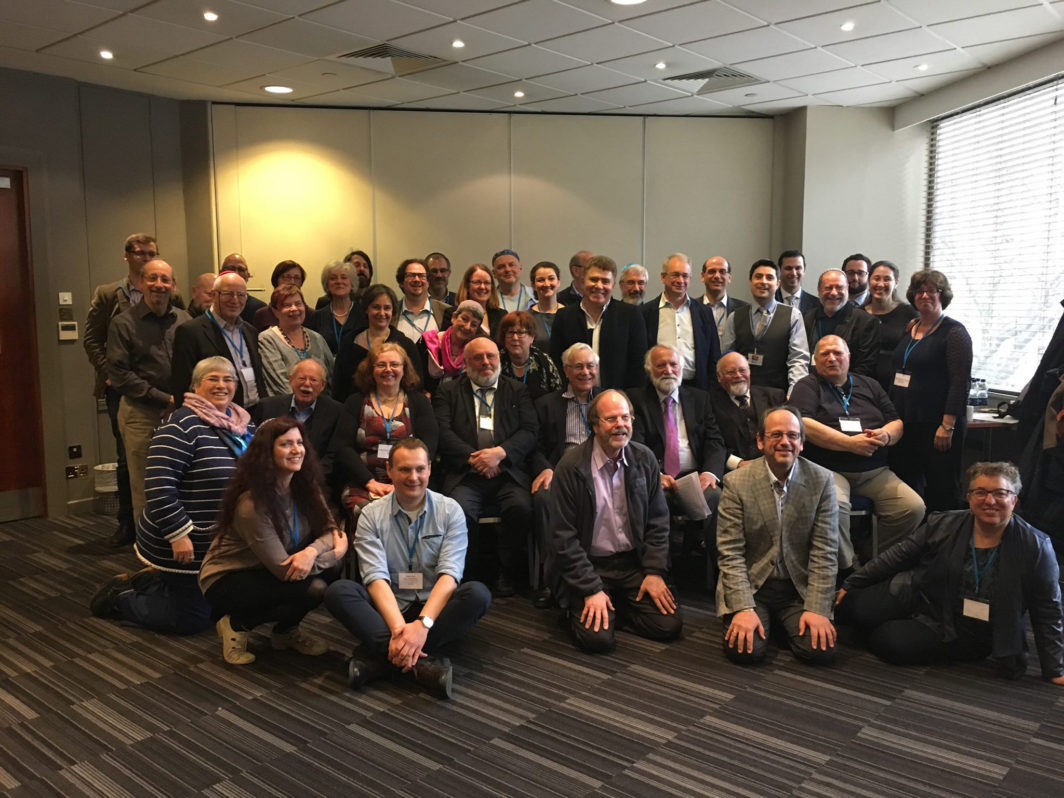 Held in London from April 14-17, the event was attended by more than 350 people from 29 countries, including 86 rabbis and student rabbis.

The conference was an opportunity for Progressive Jews to come together, discuss a range of issues and stand united in the face of anti-Semitism in Europe and anti-Reform sentiment in Israel. Other topics discussed included the impact of Jewish voices on their cities, the changing demographics of Europe, how to engage millennials and the training of rabbis. There was also a session on LGBTQI+ inclusion, hosted by Twilight People’s Surat-Shaan Knan.

Landmarks at the conference included:

Resolutions passed included those calling for a comprehensive humanitarian response to Europe’s refugee crisis and an immediate implementation of the Israeli Government’s decision in relation to the Kotel.

The conference began with an opening ceremony at London’s Guildhall, and included services at West London Synagogue and The Liberal Jewish Synagogue, as well as a visit to the mosque at the Muslim Cultural Heritage Centre and a communal Friday night dinner at the Radisson Blu Portman Hotel.

The keynote address was by Israeli historian and writer Fania Oz-Salzberger, on the topic ‘Jewish Identity – What Unites and Divides Us as Jews?’

EUPJ chair Miriam Kramer said: “The 2016 Biennial Conference exceeded all expectations. The services, for Kabbalat Shabbat at West London Synagogue and Shabbat morning at The Liberal Jewish Synagogue, were inspiring. The workshops and plenary sessions were full to bursting – both in terms of people attending and in exchange of ideas and information – and we were honoured to be able to celebrate two significant and very special anniversaries.”

Gordon Smith, incoming EUPJ president, added: “Our EUPJ Conference in London was an extraordinary gathering. The conference theme – Building Bridges – Spanning the Jewish World and Beyond – provided a crucial structure for a superb programme. We debated, discussed, even disputed but always for the sake of heaven, “B’Shem Shamayim”. The largest number of delegates ever, left after four days having recharged their Jewish batteries , committed and invigorated to carrying on this sacred work within the Jewish world and beyond in the promotion of Progressive Judaism across Europe and the world.”

Rabbi Rich told of his history as a fourth generation Liberal Jew descended from immigrants to the UK. He said: “Now, more than ever, each of us holds multiple identities: English, British, European, Jewish, Liberal Jewish and so on and, if Progressive Judaism in Europe is to have a bold future, it will need to accommodate itself to an even more complex array of identities which will make up the modern European Jew.”

Rabbi Janner-Klausner spoke passionately on the need to take European Progressive Judaism forward with a robust strong moral voice and vibrancy. She said: “Our inclusive and innovative formula for Jewish life is a magnet for young families, mixed couples and previously unaffiliated Jews. We can and must sustain our vision. We need to show off. We need to show who we are and why we love our Progressive Judaism using that famous Jewish skill – chutzpah.”

The EUPJ is one of the seven regions of the WUPJ, which is now the largest synagogal body in the world with more than 1.8 million members in 50 countries.