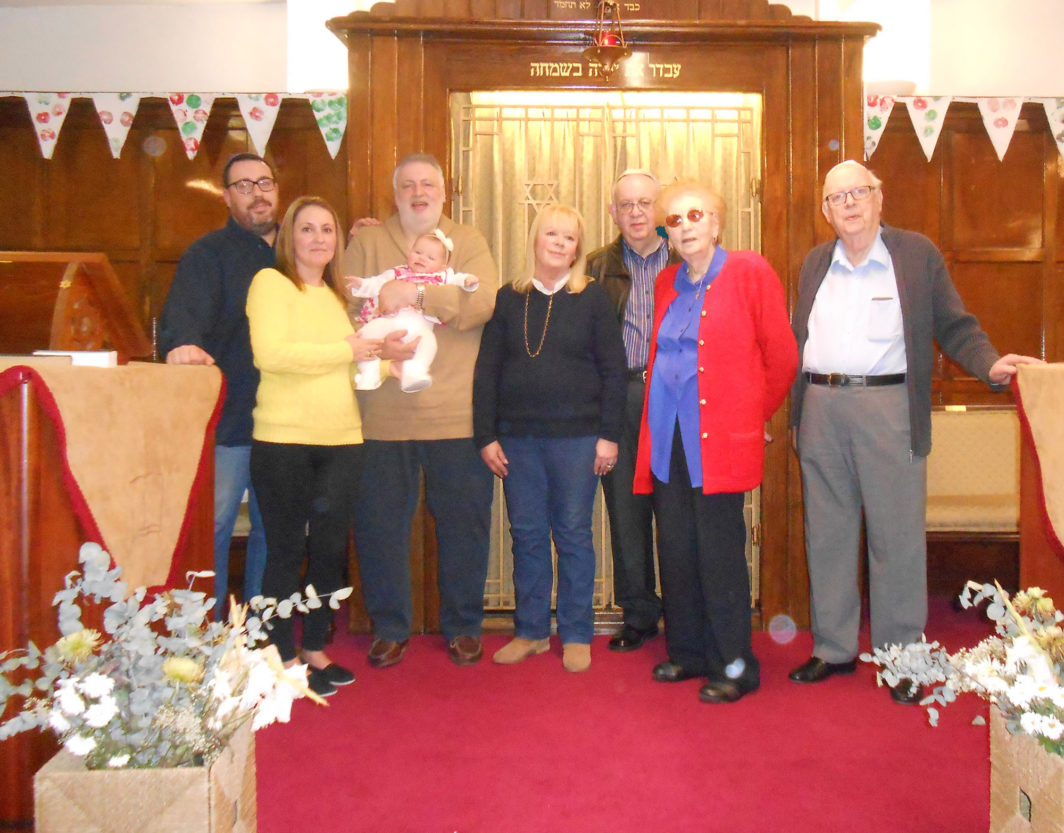 The shul was full on Friday evening for a service to commemorate the birthdays of Peter Benscher, life president of Woodford, and Rabbi Harry Jacobi, father of Woodford’s Rabbi Richard Jacobi and a vice president of Liberal Judaism.

Richard led the service, with Harry giving the sermon. Harry congratulated Peter on his years of service to Woodford and many achievements. Harry also spoke about his own eventful life, which saw him twice flee the Nazis to become one of Liberal Judaism’s most senior and beloved rabbis.

Afterwards everyone celebrated with wine, challah and birthday cake.

Richard said: “It is a key Jewish value to respect our elders and Woodford showed this wonderfully by celebrating the birthdays of two examples of how we all should be – kind, considerate, polite and principled.”

Peter was accompanied by wife Betty and four generations of his family – including his son and Liberal Judaism chair Simon and Simon’s wife Louis, son Paul, grandson Marc and his wife Debbie and granddaughter Molly (pictured)

Liberal Judaism communities around the country will be holding services and kiddushes throughout this month for Harry, who turns 90 today (October 19).