Rabbi Yuval Keren was born in Ashkelon, Israel. He later studied in an Orthodox Yeshivah and in a secular Kibbutz. He joined the Israeli army where he served in the prestigious Golani Brigade for three years. After his release from the army Rabbi Keren was the manager of two successful dairies, at Kibbutz Regavim and at the Reform Kibbutz Yahel.

He came to Britain in 1993 and qualified as a computer systems analyst at the University of the West of England. Following graduation he obtained employment as a management consultant with Deloitte & Touche, one of the most prestigious global accounting and management consulting firms.

Rabbi Keren began his studies at the Leo Baeck College in 2004. He obtained a first-class Bachelor’s degree in Hebrew and Jewish Studies in 2007 and a Masters Degree with distinction in 2009. He received his Rabbinic ordination at the west London synagogue in July 2009.

Joining Hendon Reform Synagogue in 2008 as a Student Rabbi he remained for another three years as a part of the Rabbinic team. Rabbi Keren has been serving Southgate Progressive Synagogue since July 2012.

With a wide range and many years of Rabbinic, business and communications skills and experience Rabbi Keren provides spiritual leadership and support for our community. He promotes Jewish wisdom, encourages learning and supports our community members in good and bad times. He has a strong commitment to studying and teaching Judaism. Rabbi Keren is passionate about his homeland, Israel, and is a supporter of Israel and the efforts to bring together the hearts and minds of Israelis and Palestinians.

He is committed to the principles of Liberal Judaism, to modernity, equality, ethics and a greater involvement in the world around us. Since arriving in the UK in 1993, and during his Rabbinic years, he has been actively involved in Jewish education, community leadership, interfaith dialogue and pastoral care. His guiding principles as a Rabbi are the belief in God, and the application of religion with reason.

Rabbi Keren is married and has two children. 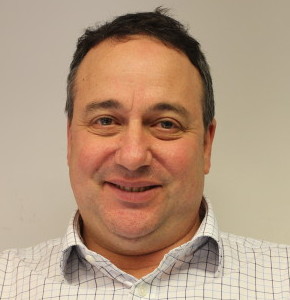 11 February 2020 – 16 Shevat 5780
Read moreSouthgate Progressive Synagogue
Return to Who’s Who
Find your local community
We use cookies to ensure that we give you the best experience on our website. If you continue to use this website without changing your cookie settings or you click "Accept" below then you are consenting to this. ACCEPTRejectPrivacy policy