Rabbi Tobias grew up in the Elstree area attending Haberdashers’ Aske’s School for Boys. Having trained at what was then Wall Hall College, he worked as a primary school teacher before training for the rabbinate. After graduating from the Leo Baeck College in 1990, Pete served the Birmingham Progressive Synagogue and the Glasgow New Synagogue (Reform) before joining The Liberal Synagogue Elstree full time in September 2003.

Pete is frequently in the media, having been since 2004 a regular contributor on BBC Radio 2, on the ‘Pause for Thought’ slot with both the late Sir Terry Wogan and Chris Evans, and on ‘Good Morning Sunday’, currently presented by Clare Balding. Pete’s publications include ‘Liberal Judaism: A Judaism for the Twenty-First Century’ (2007), ‘Never Mind the Bullocks’ (a bar-bat-mitzvah programme – 2009) and several children’s books including ‘The Secret of the £5 Etrog’ (2010) and ‘The Mystery of the Hidden Matzah’ (2011). In 2010 the Liberal Judaism Haggadah B’chol Dor va-Dor was published, jointly edited by Pete and Rabbi Dr Andrew Goldstein, with Pete being responsible for the creation of the children’s section.

Pete has extensive experience working with young people, having been Joint Director of Liberal Judaism’s summer camp Kadimah and as Program Director for the Union of American Hebrew Congregations’ Camp Newman Summer camp. Pete also admits to being an ardent supporter of Watford FC since the early seventies!

Since joining TLSE Pete has influenced the development of many aspects of synagogue life, particularly in services and the life of the Religion School, of which he is principal. The community regularly gets comments from visitors on how much they have enjoyed their time there. Pete runs regular adult education classes, hosts family Shabbat suppers once a month, runs bar and bat mitzvah classes, as well as leading services and being available to advise congregants and potential members. 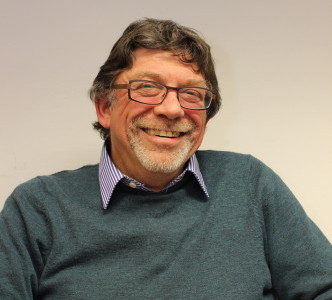 28 March 2020 – 3 Nisan 5780
Read moreThe Liberal Synagogue ElstreeFollow Rabbi Pete
Return to Who’s Who
Find your local community
We use cookies to ensure that we give you the best experience on our website. If you continue to use this website without changing your cookie settings or you click "Accept" below then you are consenting to this. ACCEPTRejectPrivacy policy