Rabbi Miri Lawrence grew up in Surrey within a Liberal Jewish family. She was confirmed at South London Liberal Synagogue where her family were active members.

Miri studied Drama and Religious Studies at Roehampton Institute and gained a Bachelor of Arts degree. She was a rabbinic student at Leo Baeck College and was ordained in 1992. She gained a Masters in Jewish Studies the same year. Miri was Rabbi at Ealing Liberal Synagogue from 1992-1995 and subsequently part-time/visiting Rabbi for a number of congregations.

For twelve years Miri was the Director of Education at Beginnings Early Childhood Centre at the West London Synagogue. During this time she gained qualifications in Management and Leadership and lectured at several universities and National and International conferences.

Miri is currently researching for a PhD on Judaism in the Suburban home in the post-war period. This is a collaborative project with Queen Mary University of London and the Geffrye Museum.

Miri is married to Dr Howard Cohen, a National Officer for Liberal Judaism. Between them they have six children. Miri is a keen runner and has completed a number of marathons. 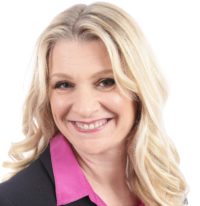 18 May 2020 – 24 Iyyar 5780
Read moreReading Liberal Jewish Community
Return to Who’s Who
Find your local community
We use cookies to ensure that we give you the best experience on our website. If you continue to use this website without changing your cookie settings or you click "Accept" below then you are consenting to this. ACCEPTRejectPrivacy policy