Rabbi Lea was born and raised in Germany in a Jewish family deeply committed to Progressive Judaism and enlightenment values. At age 16, she moved to Manchester, where she completed her A-levels, and then went on to study for a BA and MSci in Natural Sciences at the University of Cambridge. After graduation, she worked in science publishing and then as a research chemist at Munich University before deciding on a career change to the rabbinate.

The main focus of Rabbi Lea’s work is education and social action. She holds primary responsibility for the education provisions at NPLS, including the Cheder (religion school) and the regular Adult Education Programme. Having worked for two months at the Religious Action Center [if possible insert link to www.rac.org] in Washington D.C., Rabbi Lea witnessed how great a contribution the Jewish community can make to the wider society and how social action work can, in turn, enrich and revitalise Jewish life. At West London Synagogue she worked together with lay leaders to expand social action programmes such as the asylum seeker drop-in centre and tea parties for elderly members. Rabbi Lea continues her involvement in social action work by supporting various initiatives at NPLS and through her work for Tzelem – the Rabbinic Call for Social and Economic Justice.

Rabbi Lea is a passionate Zionist. She is currently the Chair of Arzenu Olami, the International Federation of Reform and Progressive Religious Zionists. As chair of Arzenu, Lea works to represent the interests of ARZENU’s constituent groups in 14 countries around the world, as well Progressive Jews more generally, within the governing bodies of the Israel’s National Institutions (the World Zionist Organization, the Jewish Agency for Israel, Keren Kayemeth LeIsrael and Keren Hayesod). She is currently the only member of the Executive of the Jewish Agency under the age of 40. She is a strong supporter of World Jewry and has served as a board member of the World Union for Progressive Judaism and as the assistant treasurer of the European Union for Progressive Judaism.

In her spare time, Rabbi Lea enjoys spending time outdoors (all kids at NPLS think cycling Lycra is prescribed uniform for rabbis!) and rarely misses an opportunity to go on a nice hike. Due to the English weather, she was forced to also develop some indoor interests, which include cooking, reading and board games. She lives in Hatch End with her husband Josh Edelman, a senior lecturer in Theatre and Drama. 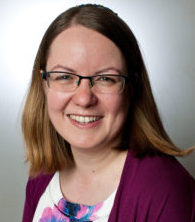 12 August 2020 – 22 Av 5780
Read moreNorthwood & Pinner Liberal SynagogueFollow Rabbi Lea
Return to Who’s Who
Find your local community
We use cookies to ensure that we give you the best experience on our website. If you continue to use this website without changing your cookie settings or you click "Accept" below then you are consenting to this. ACCEPTRejectPrivacy policy