Robert Ash was born and raised in Yorkshire.

He worked for the Home Office for almost 14 years during which time he took a break to study for a degree in Religious Studies.
After leaving the Civil Service he spent several years working in the private sector, then returned to full-time education earning a doctorate (Ph.D.) in sociology of religion from Leicester University.

In 2002 he was granted semichah by Leo Baeck College and was appointed Rabbi at Newcastle Reform Synagogue. In 2007 he became Rabbi of Beit Emanuel Progressive Synagogue in Johannesburg, South Africa.

Rabbi Ash returned to the UK in September 2013 and now lives in Preston, Lancashire. He is working to establish new Liberal Jewish communities in the North of England. He is conducting research in Lancaster University’s Department of Politics, Philosophy and Religion on Liberal Judaism’s project to publish a new siddur. 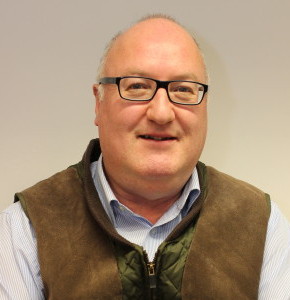 Isaac has hair cut in first ever Liberal Upsherin

13 April 2018 – 28 Nisan 5778
Read moreLancashire & Cumbria Liberal Jewish Community
Return to Who’s Who
Find your local community
We use cookies to ensure that we give you the best experience on our website. If you continue to use this website without changing your cookie settings or you click "Accept" below then you are consenting to this. ACCEPTRejectPrivacy policy